I don’t think I’m the only one who dreams of a beach home! A Hamptons style space flooded with natural light and sea views.

Well one of Australia’s most popular media presenters, Deborah Hutton, recently finished a one year renovation of her Sydney home – a.k.a. “The Beach Hutt”.  So how about we take a look inside?!

In less than a year, model, media personality, and former magazine editor of  The Australian Women’s Weekly, Deborah Hutton developed “The Beach Hutt” home of her dreams.

Deborah’s meticulous eye for detail is on full display in her double storey home in Sydney’s Eastern Suburbs.

With a base palette of white (which to no surprise, I love!), Deborah brought the classic beachside colours of neutrals and blues, along with the most stunning combination of finishes, including timber and stone cladding, before finishing the look with statement decor items like the oversized chandeliers from Emporium Avenue that hang above the dining room table.

The design is inspired by Deborah’s former beach house up the coast, along with summers spent at her grandparents Queenslander home and her undeniable love of the Hamptons.

A couple of challenges this renovation faced were designing a private street-facing balcony and creating a secret wine cellar (which is not a bad challenge to have!).

Inside, the lower level includes the guest-bedroom-come-media-room, an intimate and cosy space that, with its Resene Shadowy Blue walls and dark artwork, contrasts with the rest of the house. Completing the guest quarters is the downstairs bathroom which is flooded with light thanks to floor to ceiling windows that back onto the private side passage.

Here Deborah has created an illusion of depth by covering the outside wall with artificial Boston ivy (clever – who knew this even existed!).

Inside, the shadow lines of the façade are subtly referenced with the softer, squared groove profile of Axon Cladding, which is resistant to water damage making it perfect for wet areas, while tiles are used in the shower itself.

From the guest quarters the light of the bedroom invites you toward the back of the home, which is a beautiful personal space enhanced by plush carpet:

It’s the only room that doesn’t have floorboards. There’s just something about your feet sinking into a soft carpet in the morning that’s comforting.

With its own ensuite, the room is a personal haven that is filled with light from another set of floor to ceiling windows – but these weren’t in the original plans…

Architect Phil Leamon, who came in partway through the project, added floor to ceiling windows throughout the house. And Deborah concedes that without his input, she would have lost a lot of light and some of the view of the amazing coastline.

In fact, the view is one of the home’s best assets and has been captured magnificently, but not without its own challenges adds Deborah:

“I love the view, but it comes with daily north easterly winds at 3pm like clockwork. If I’d not lived here before I would never have considered it, but now I discovered Lift&Lock, double glazed sliding doors from Enviro Windows to block out the sound, which makes a huge difference.”

This first impression of the living area could have been very different if it wasn’t for Deborah’s vision:

“I think I must have fought every designer, architect and builder on the staircase. Everyone told me to move it to a corner, but I knew that I wanted to see that view straight on.”

“I also love the way that the brightness of the ceiling with all that detail leads your eye toward the sky. Again, the highlight windows are an addition made by Phil. He noticed that I had a solid gable and was amazed that I wasn’t going to have windows all the way up. It wasn’t part of the original plan, but as soon as he suggested it we started on the paperwork and updated the design.”

The central position of the staircase has also made room for details that are tailor made to Deborah’s love of cooking and entertaining. Hidden behind vertical panelling along the right hand wall and down from a handsome kitchen area sit a butler’s pantry, a small powder room and even a wine cellar that holds around 350 bottles.

“I love my layout and my wall space has been put to good use. My one big indulgence here is the custom wine cellar by Vine & Vault. It’s a great party piece to surprise guests with,” Deborah continues.

The rest of the open plan floor includes a living space, kitchen and dining area which have been designed meticulously by Deborah to reflect her personality she adds:

“The house feels more like home than it ever did because I’ve had so much input. The layout of the fireplace, windows and furniture comes from a beach house I used to own. It’s the space I had laid out in my mind first and I ordered my oversized three seater sofas from America a year in advance, even though everyone warned me it would be a nightmare, it was fine. The same goes for the Ralph Lauren lights that hang over the kitchen bench – the wait was worth it.”

This long-term planning of even the smallest details, as well as living next door to the renovation, helped Deborah avoid most issues. However one area that was particularly troublesome was the western balcony, which features solid panels lined with Linea Weatherboard suspended slightly off the ground by a series of Hamptons style pillars. The look is completed by a small rail, a nod to the balustrade on the original designs.

“That balcony! It’s been a group effort to get it right. I knew that I wanted to maintain my privacy from the street side, so a pillared railing was out of the question, but a full wall would look blocky. I went from draftsman, to designer, to architect in pursuit of a design that could work. In the end it was actually a friend who had renovated a few homes in Brisbane that hit upon the basis of the final look.

And of course, with her career spanning presenting lifestyle and homewares sectors, Deborah drew on her many contacts and friends to help with the transformation, including Natalee Bowen, who was a driving force behind the design of the home, as Deborah explains:

She suggested that I clad the interior wall with Linea Weatherboards. I knew instantly that it was the missing piece.

Deborah also added stone cladding in soft greys to the front, with the natural shapes and texture of the rock adding a contrast against the uniform straight lines of the weatherboard.

So how long did this renovation take?

“I still can’t believe I did all this in nine months. It helped that I had a defined understanding of what the house was and what it needed to be. I could visualise the space, how the light hit it through the day, which parts of the house are visible from outside and so on.”

Another factor that Deborah sites as being crucial to the project is her relationship with her builders at Virtue Projects.

“I’m actually going to miss my builders now the reno is done. I must have spoken to them every day. I think this was possibly the most important part of keeping a project on track. Every build is full of last minute decisions, so you need to be on call to see the issue and make a decision. You can also nip any problems in the bud before they get out of control.”

“I also found briefing the builders with images was extremely helpful. Apparently some renovators don’t do this. I showed my guys images of my old beach house, Hamptons homes and many, many others to get the look right.”

From the moment you see the house, it’s evident that the look is indeed “right” and built on contrasts, from light and shadow, to soft carpets and hard wood floors. It’s a completely individual, classic and seemingly casual look, that’s delivered through carefully considered details and planning.

And the effort paid off: “I know it’s the home I want to come home to.” 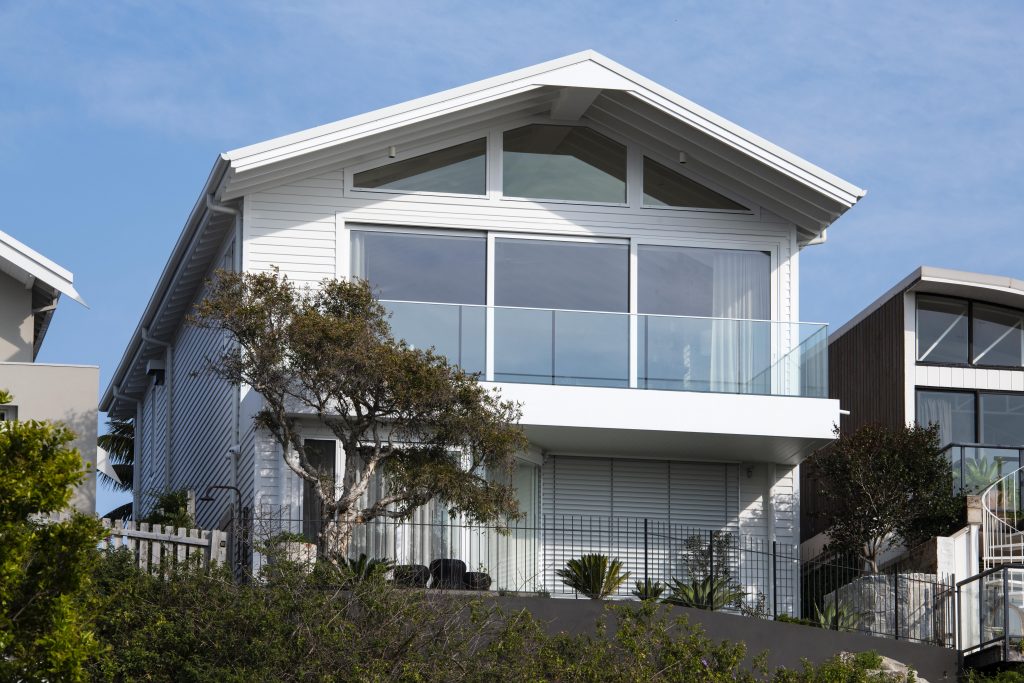 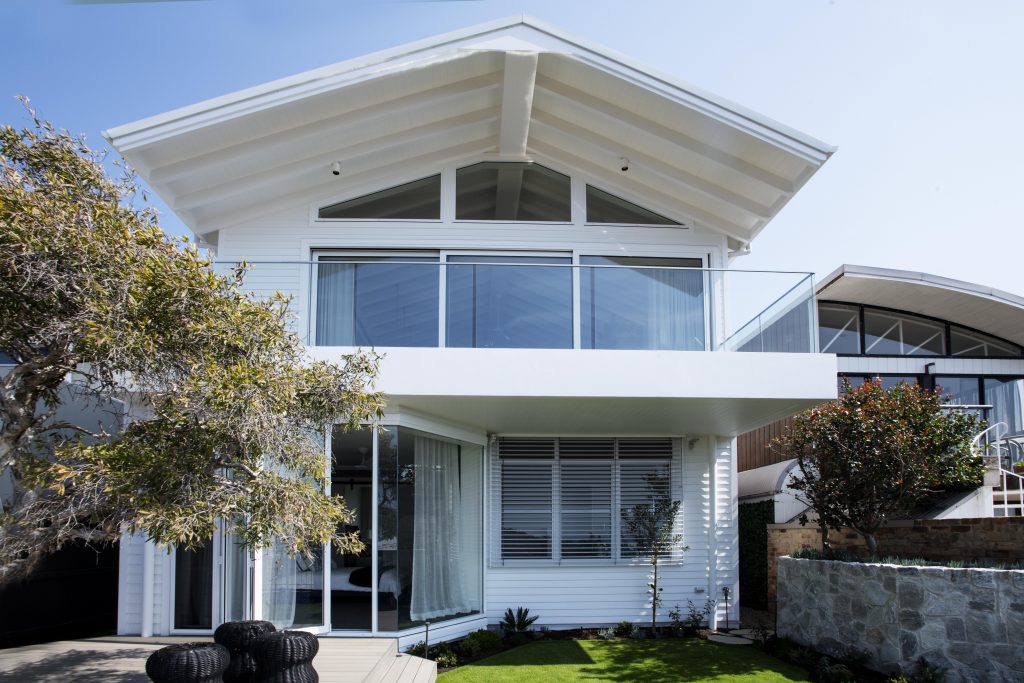 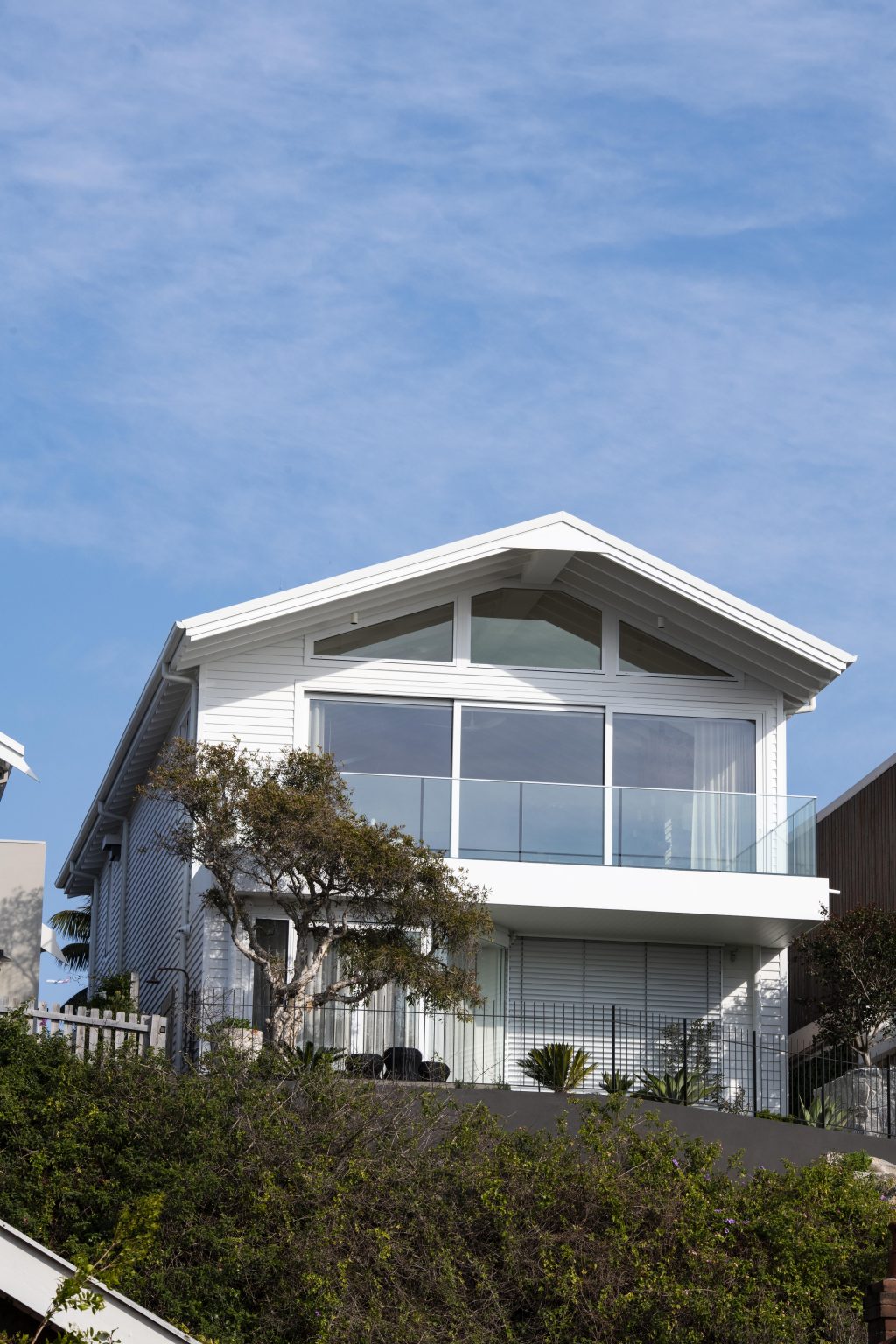 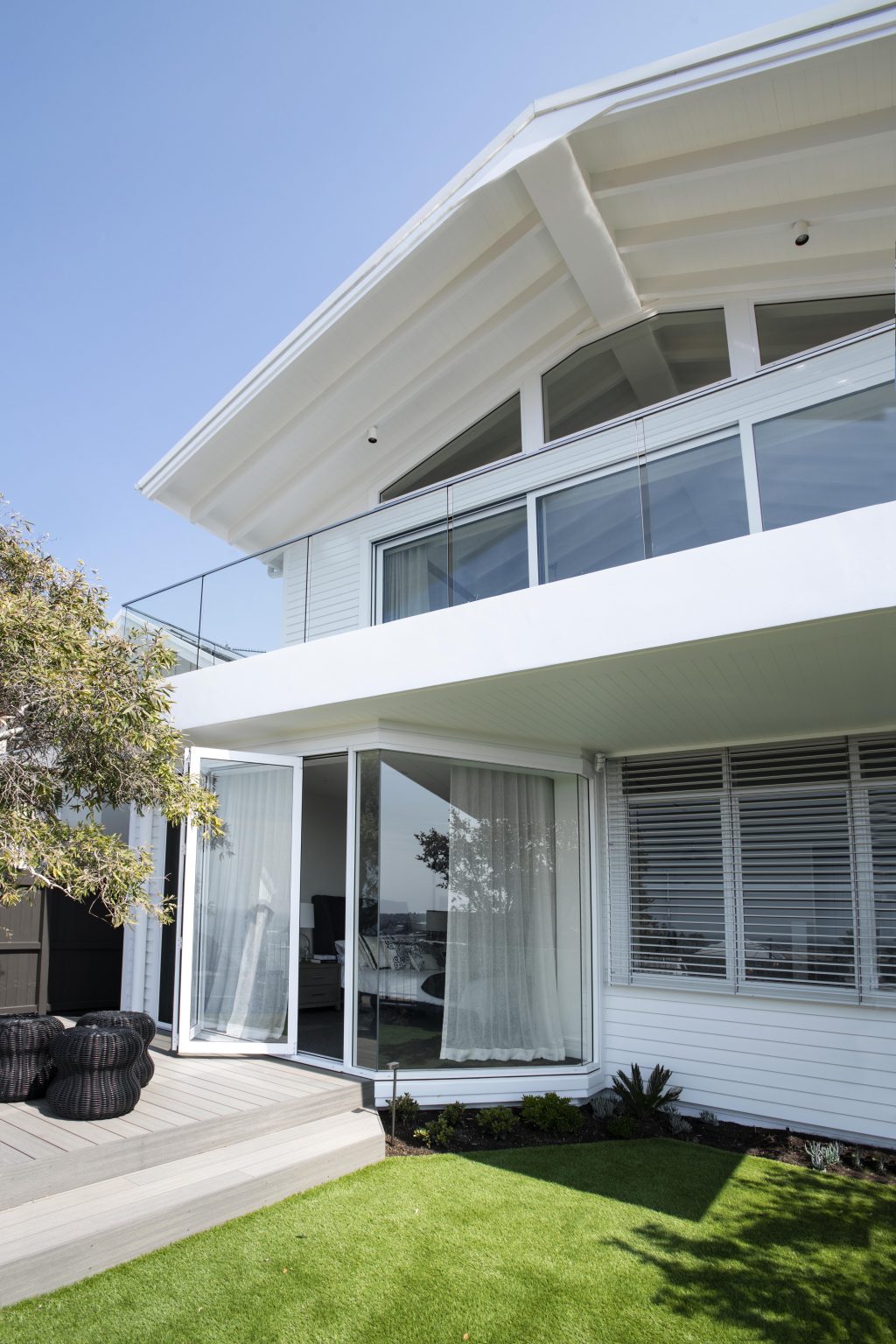 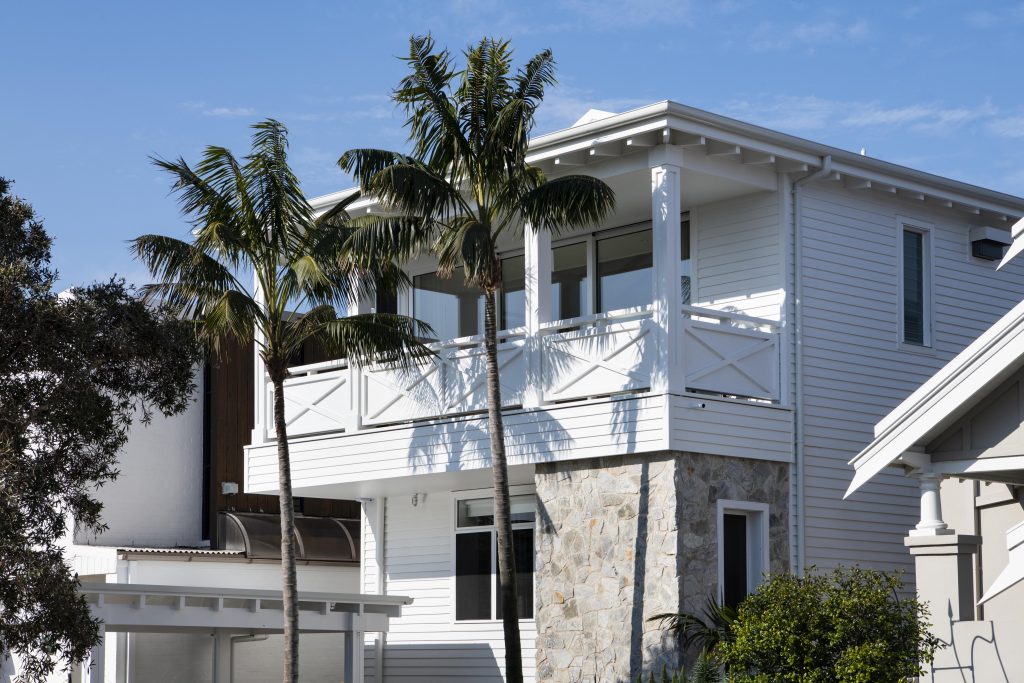 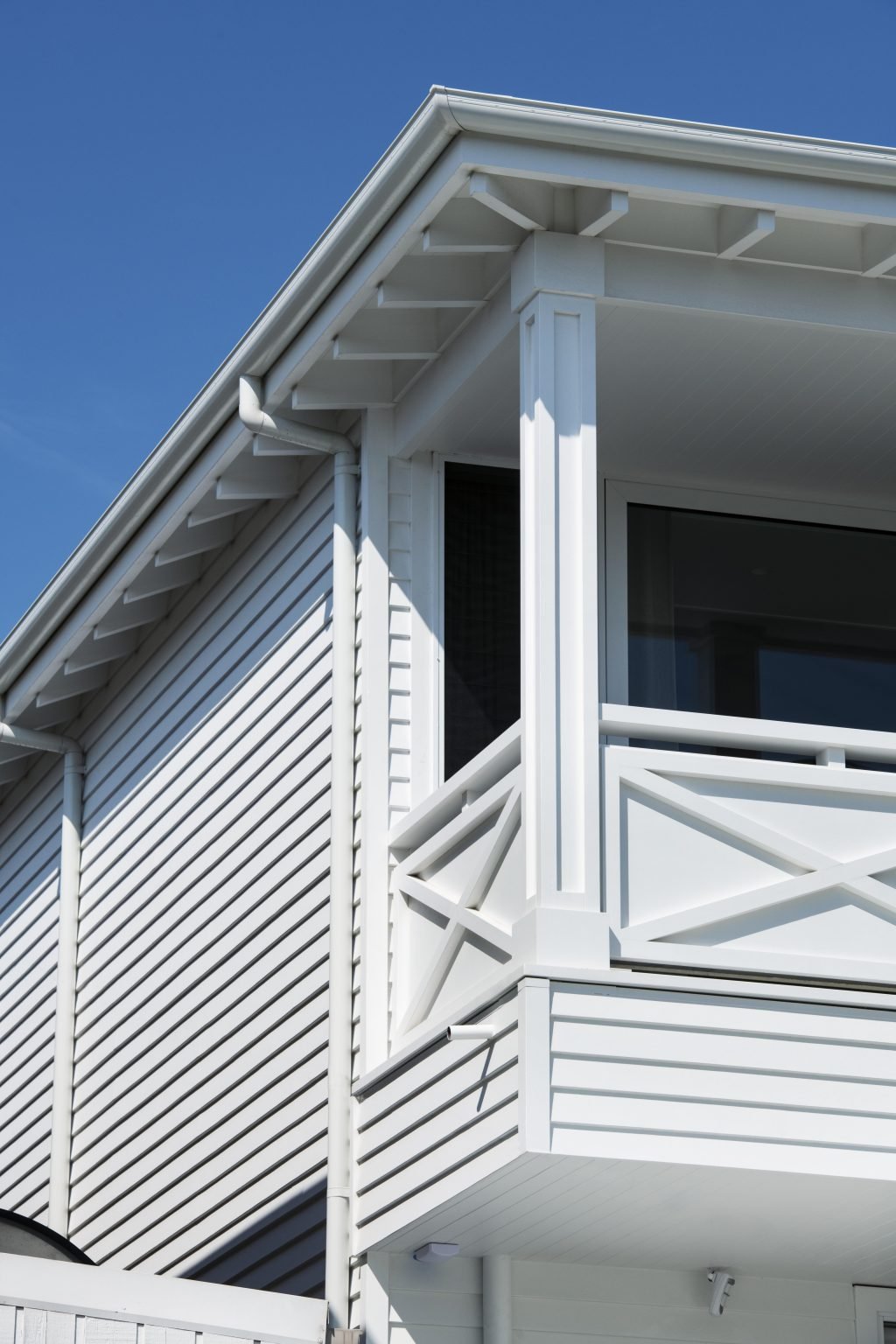 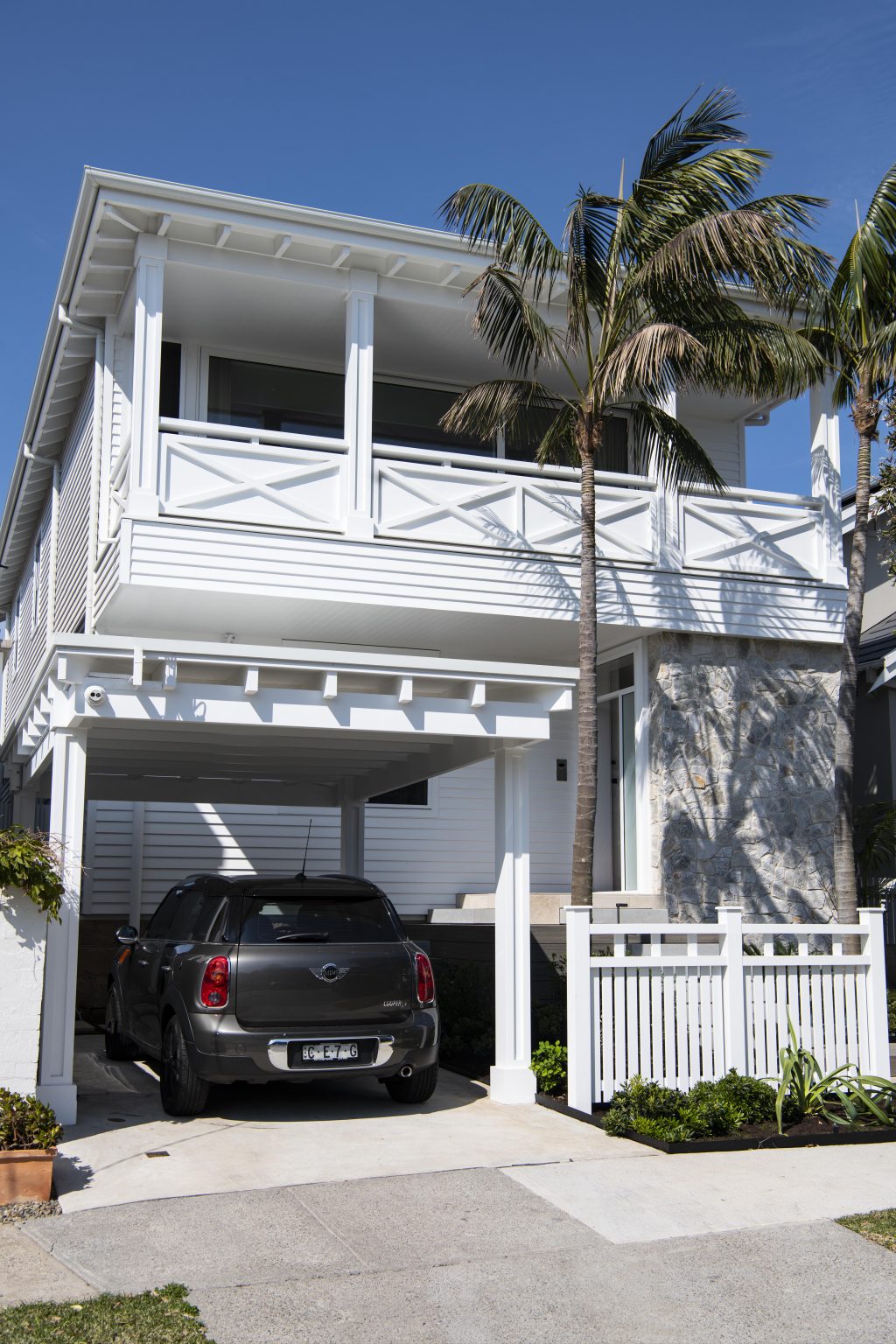 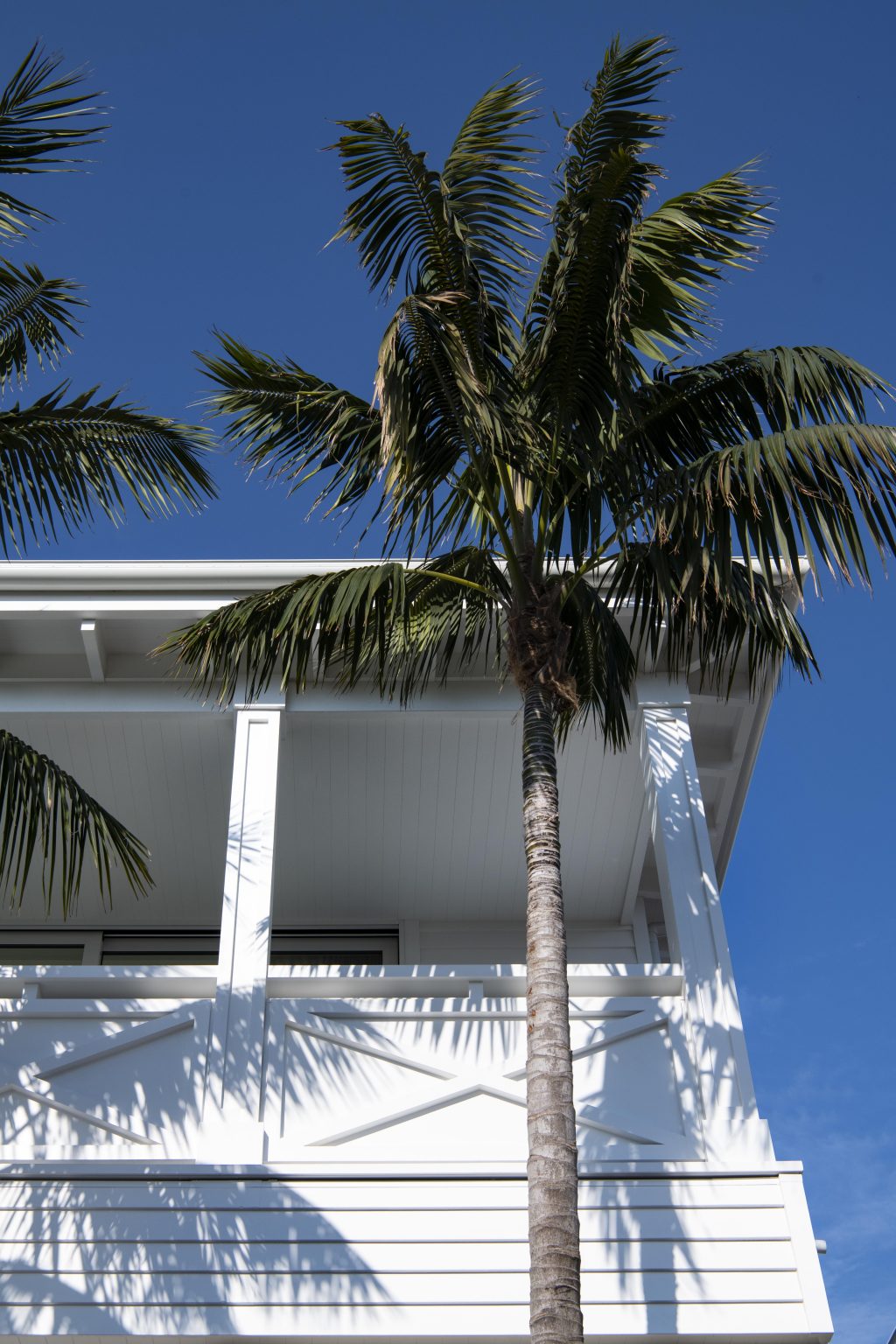 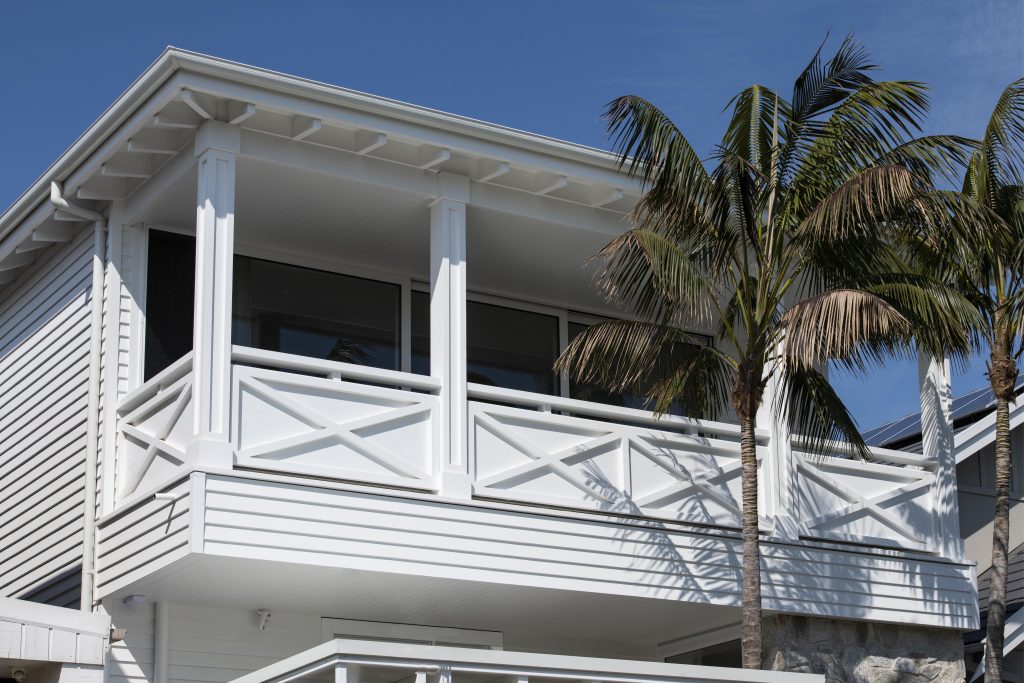 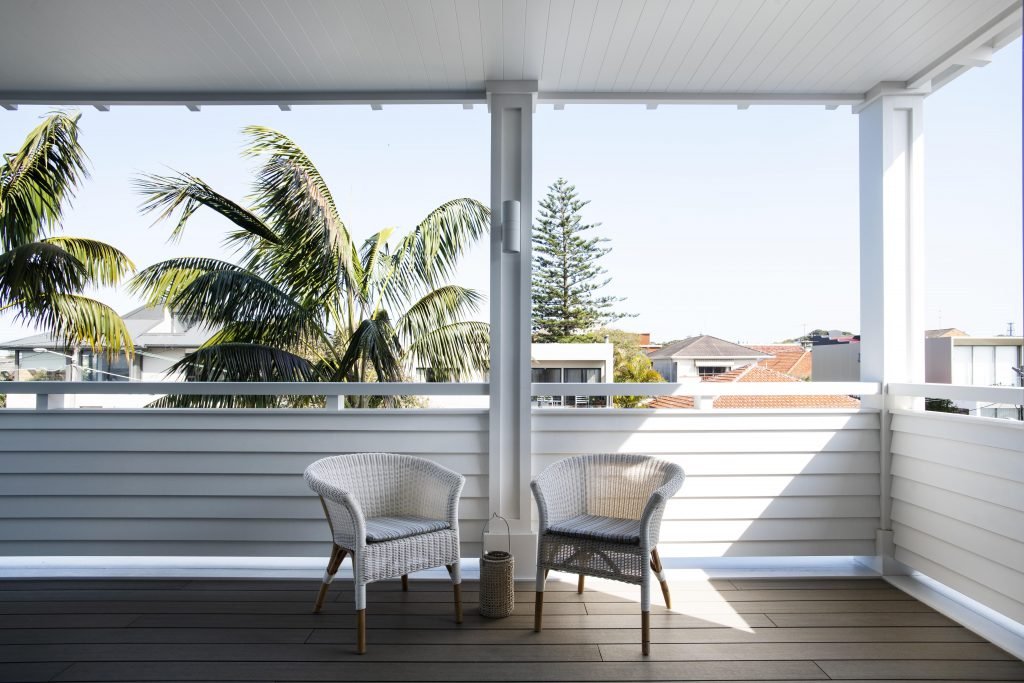 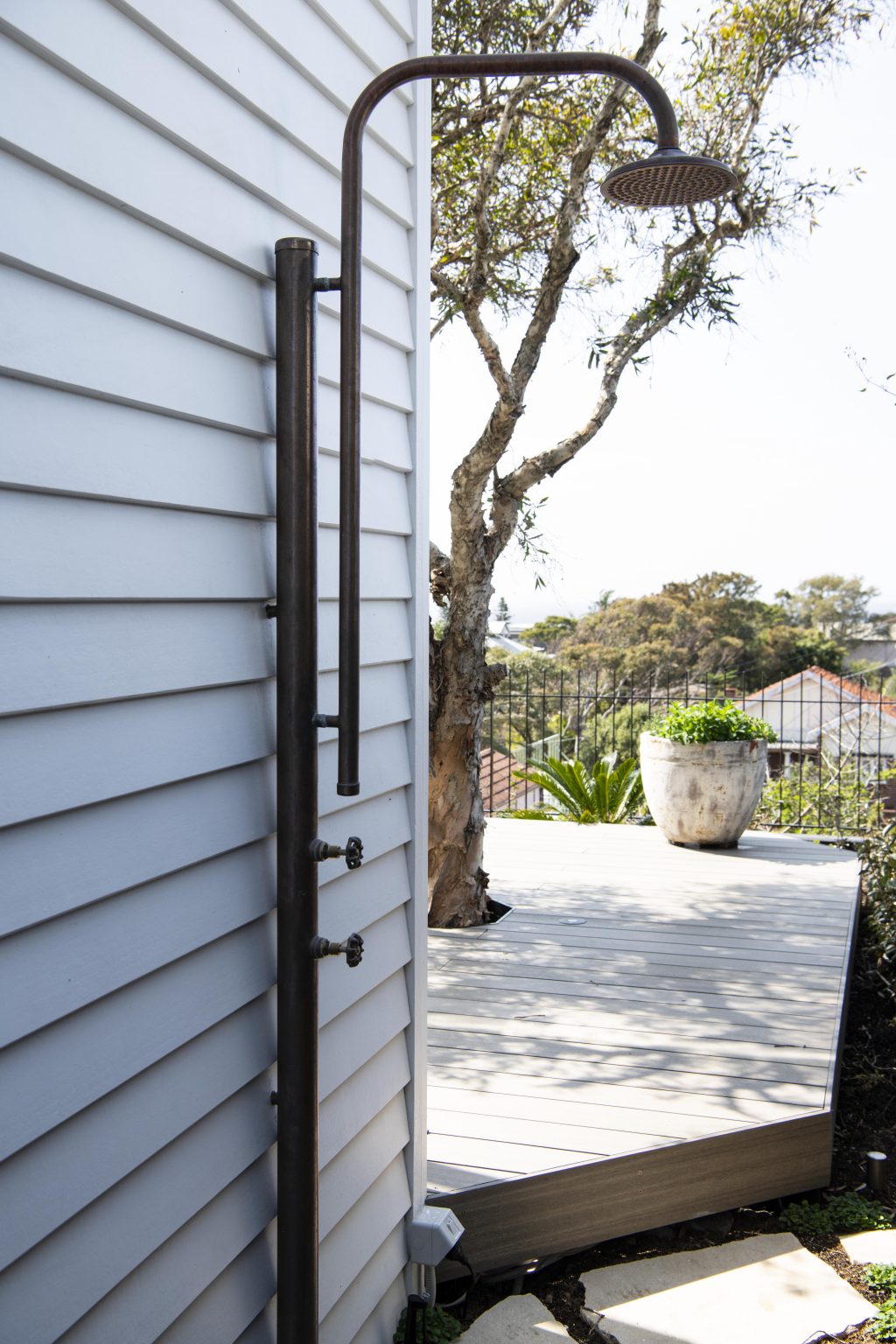 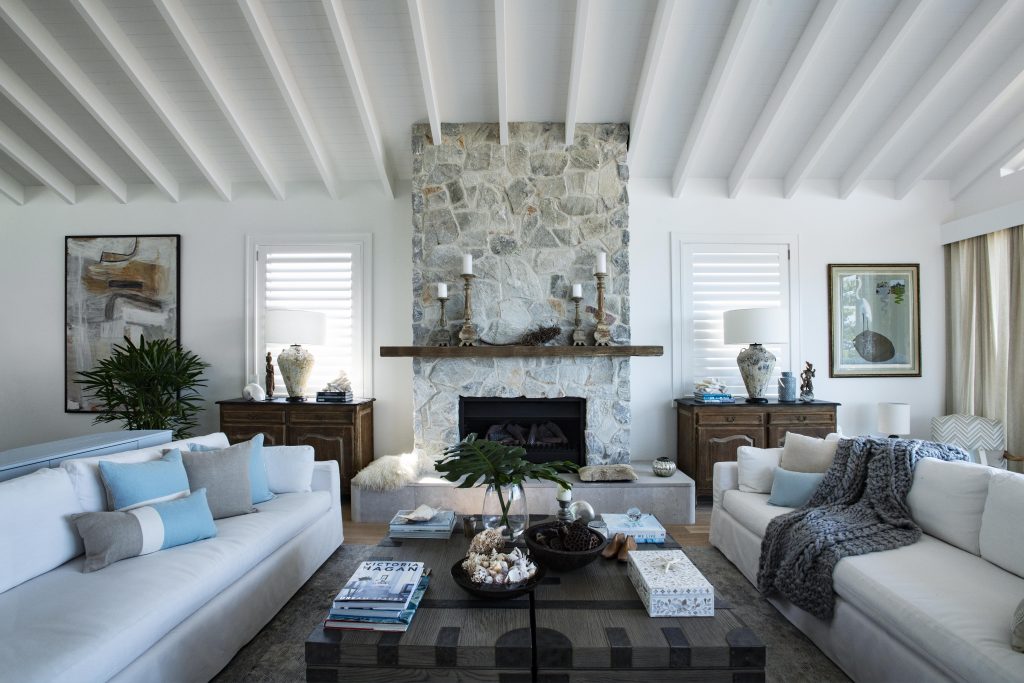 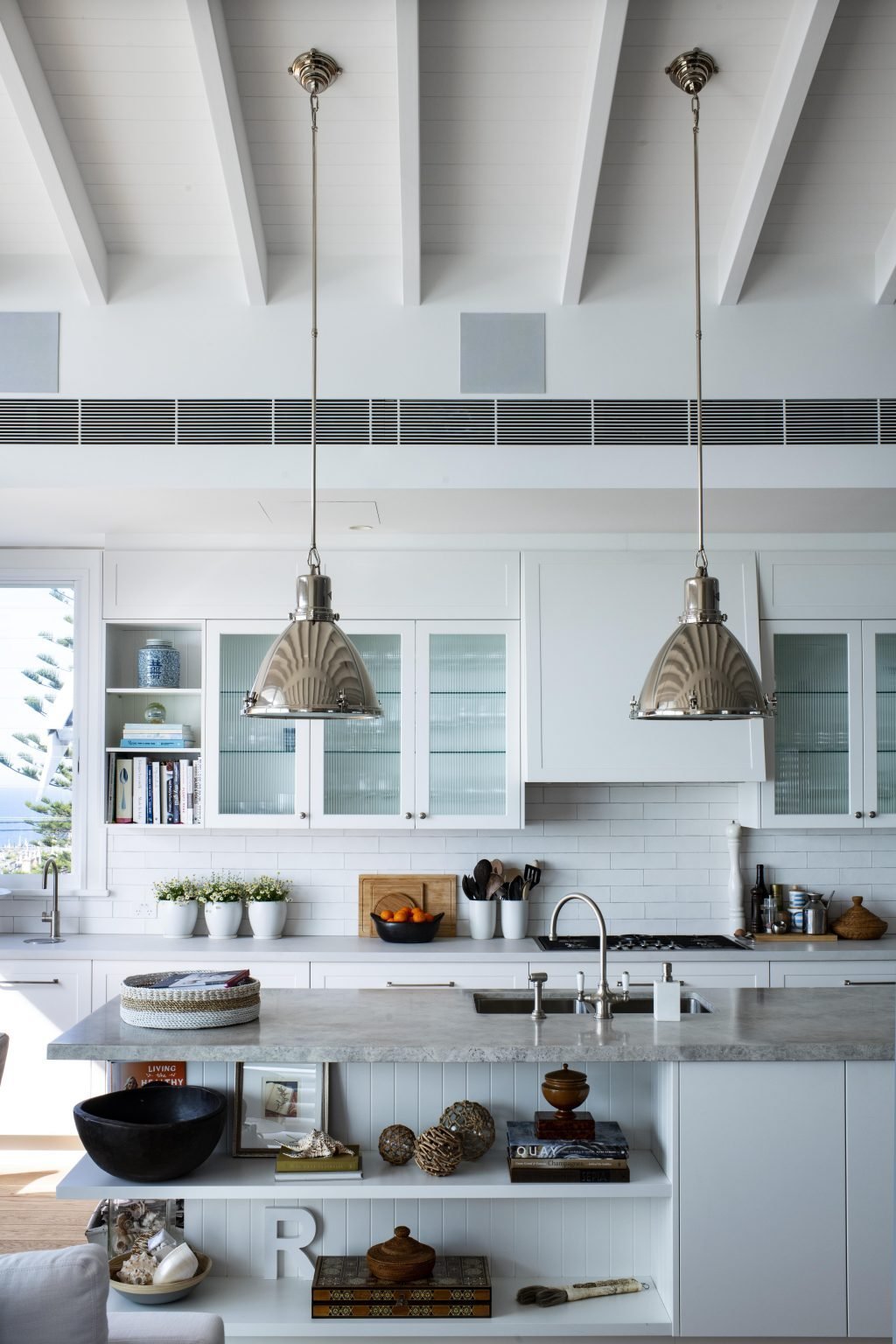 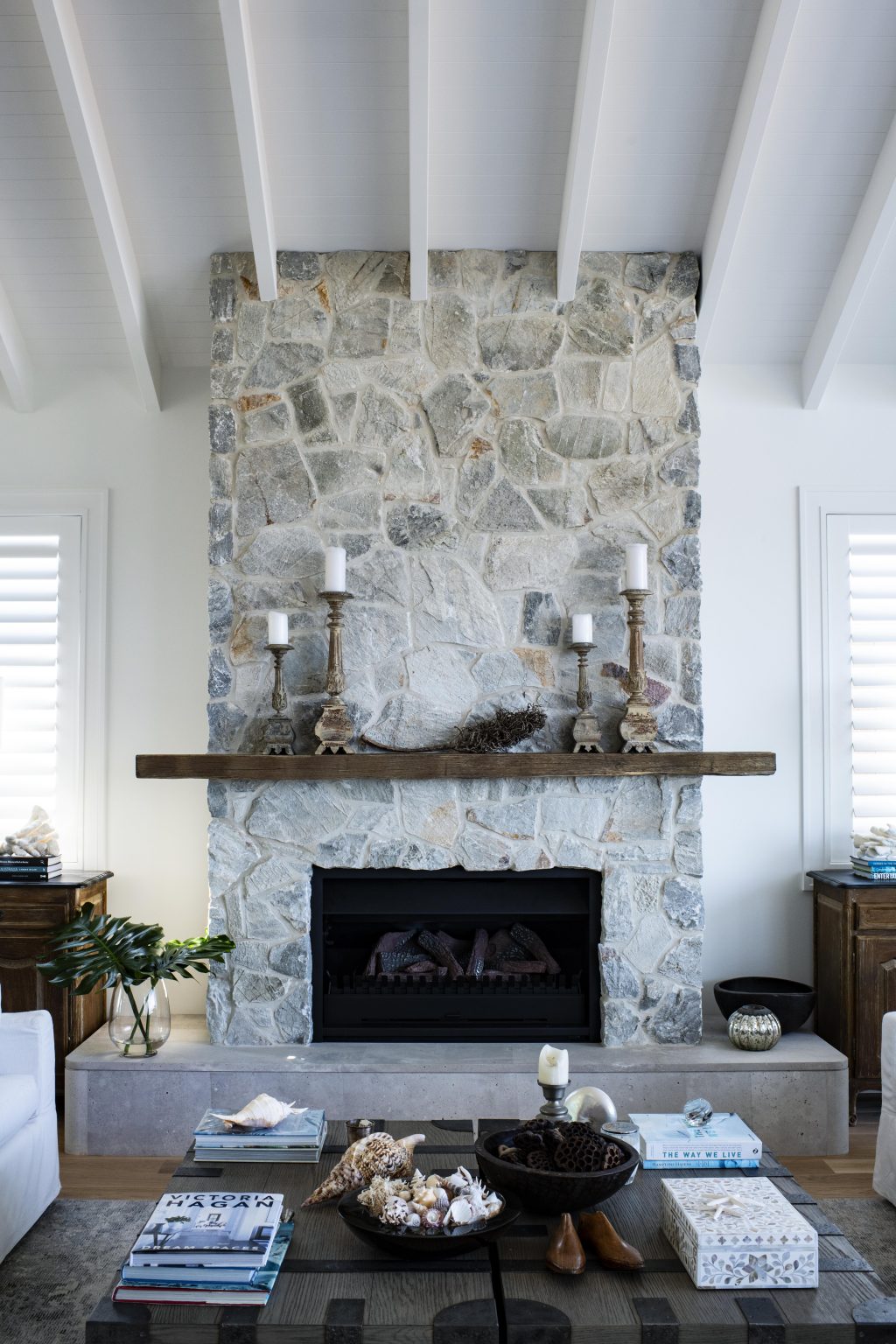 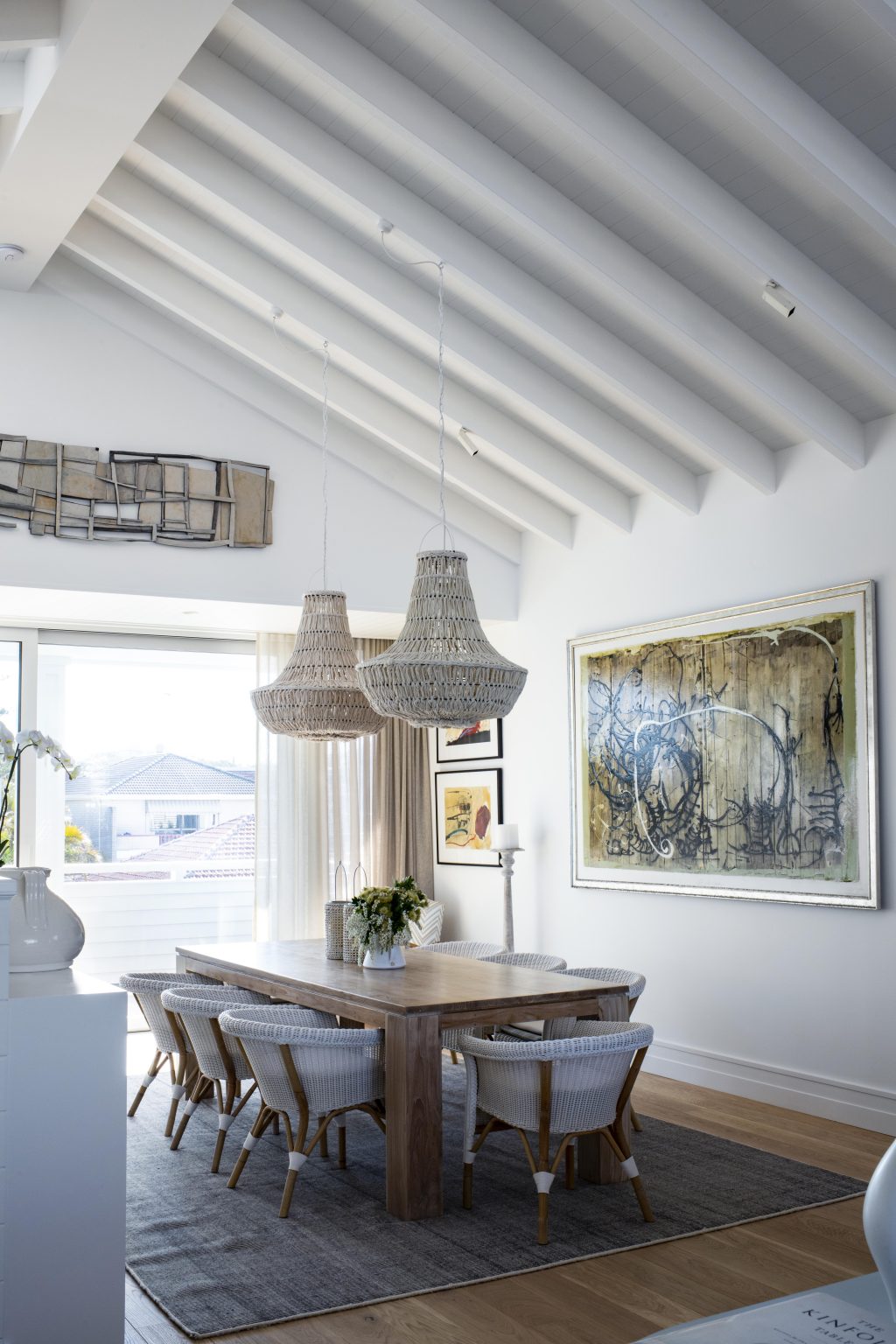 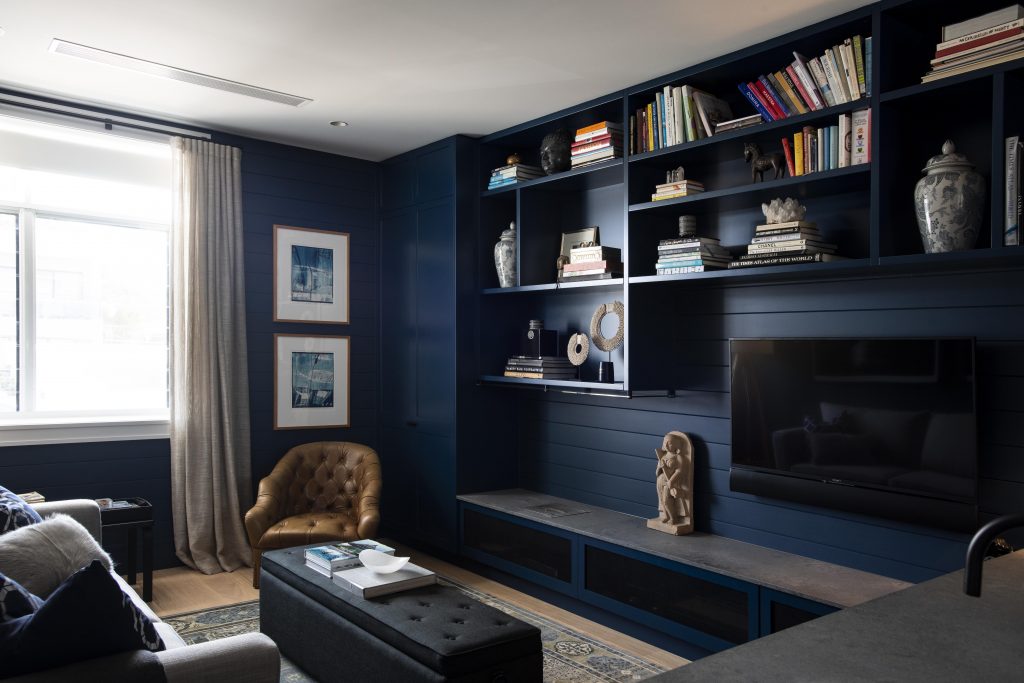 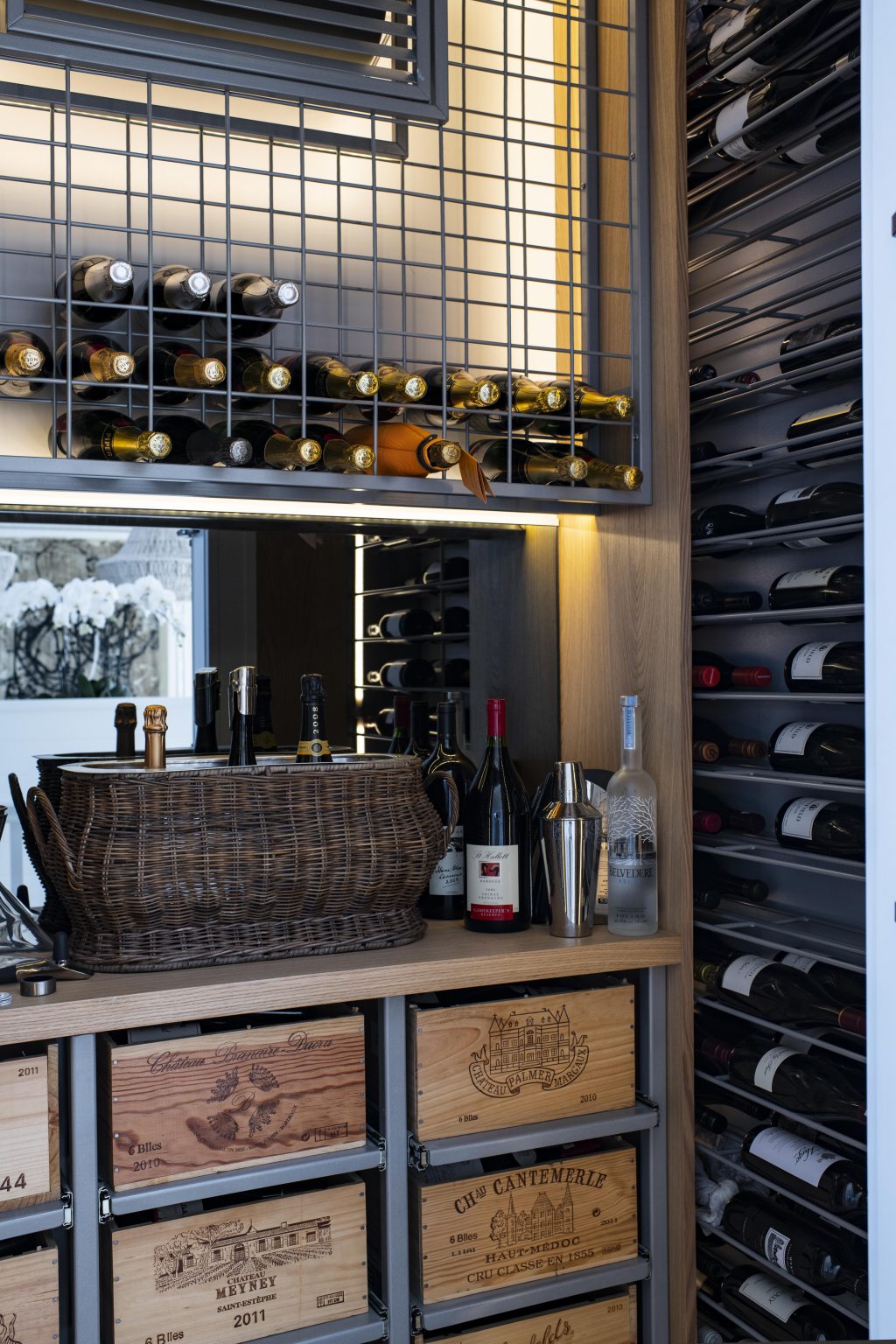 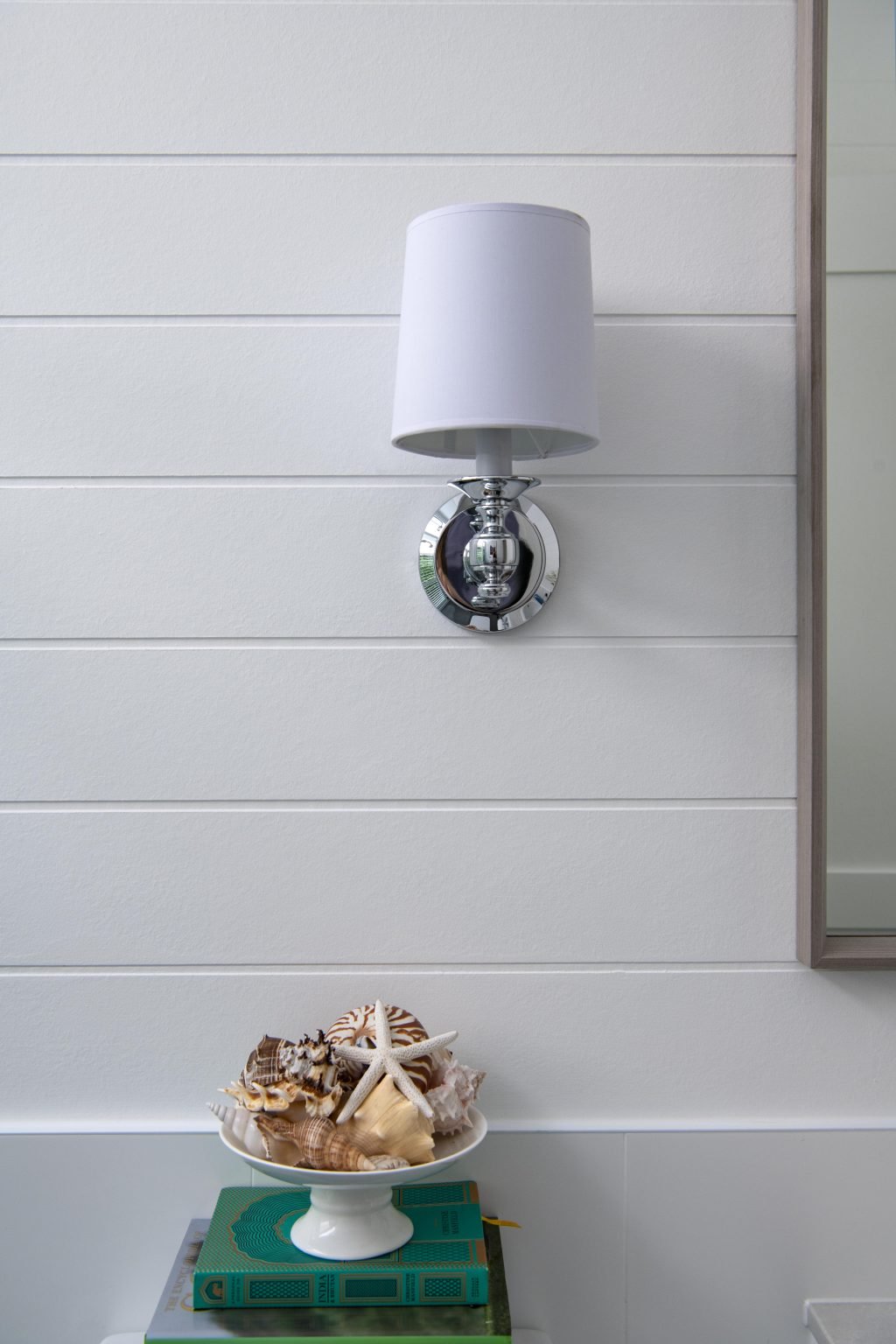 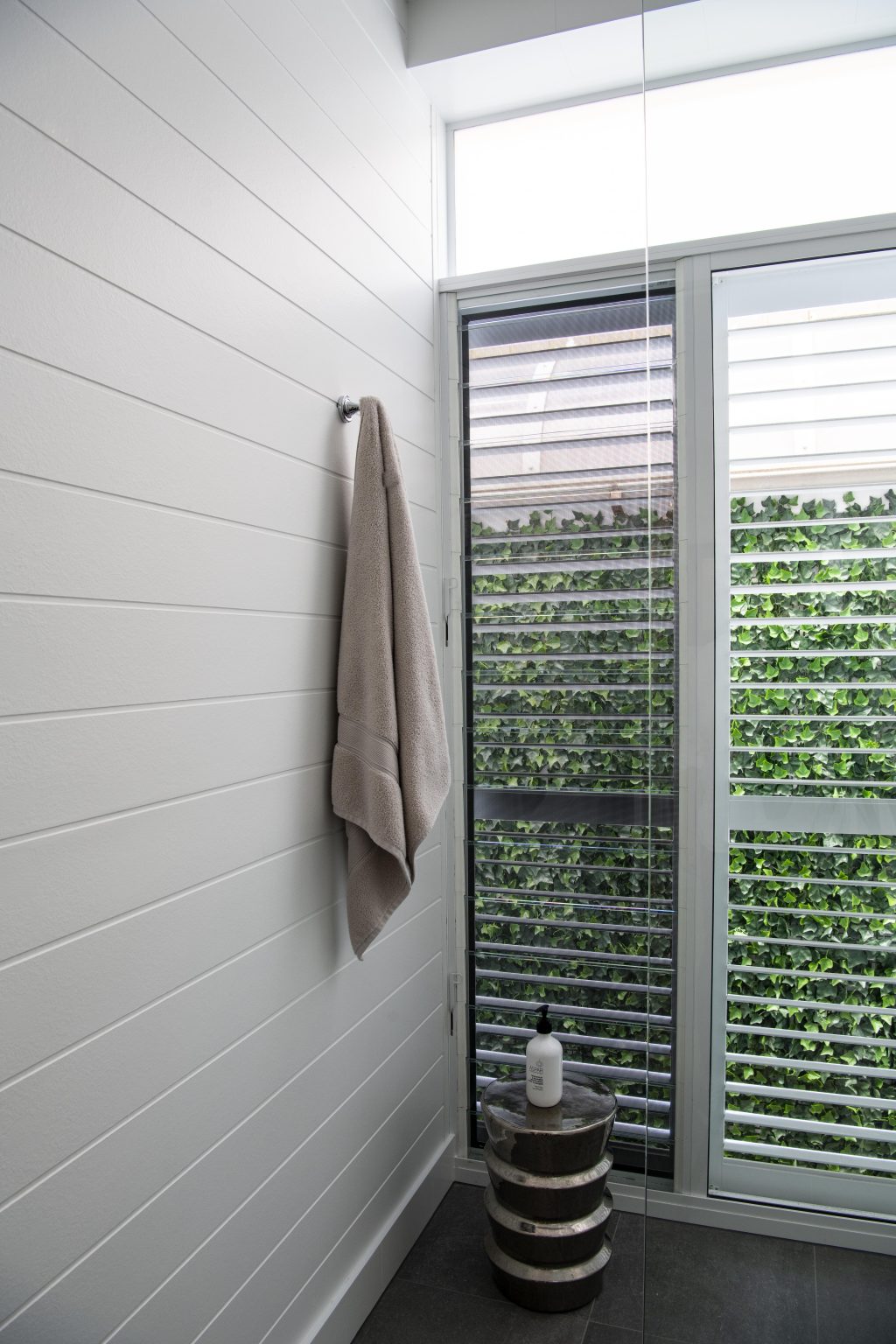 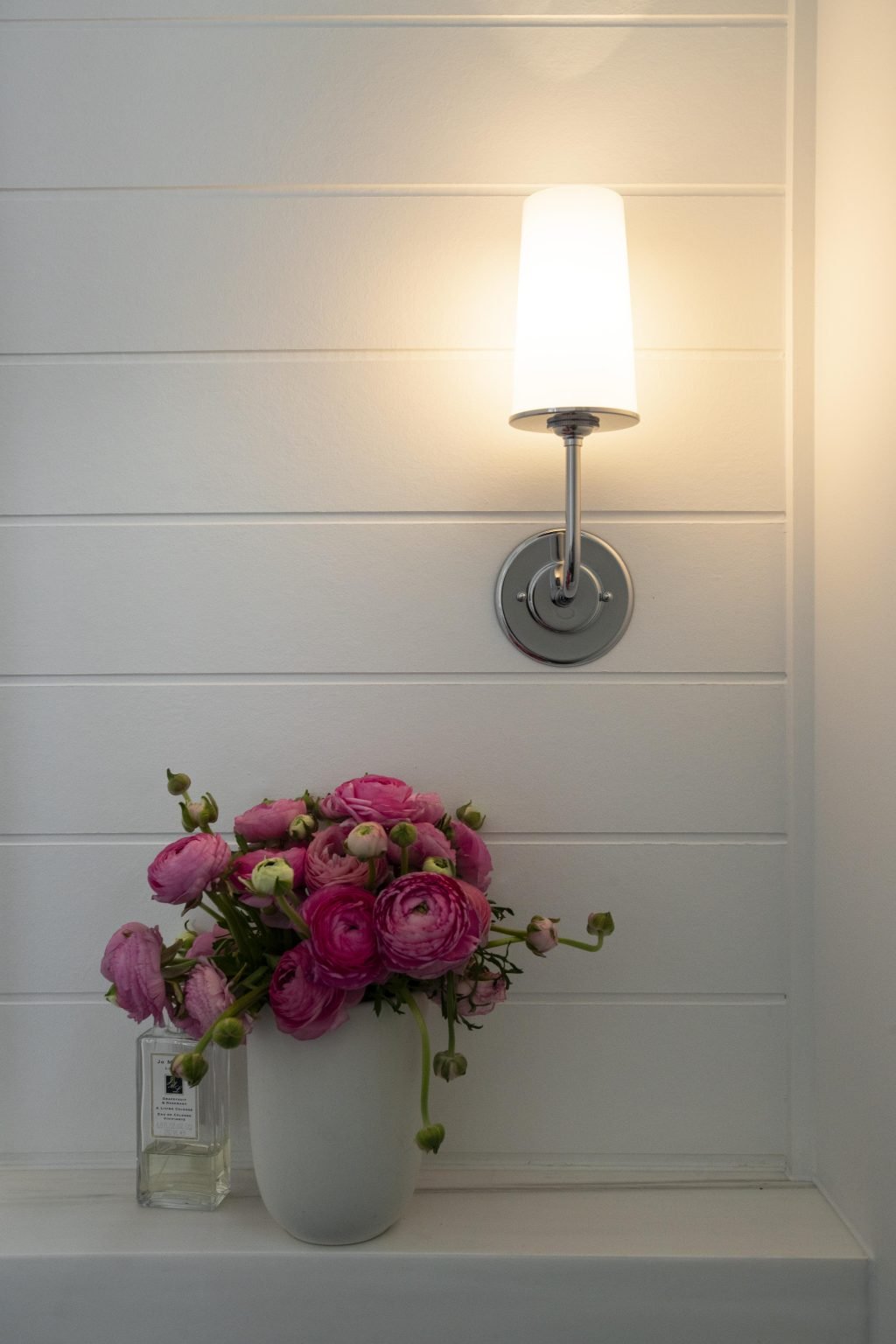 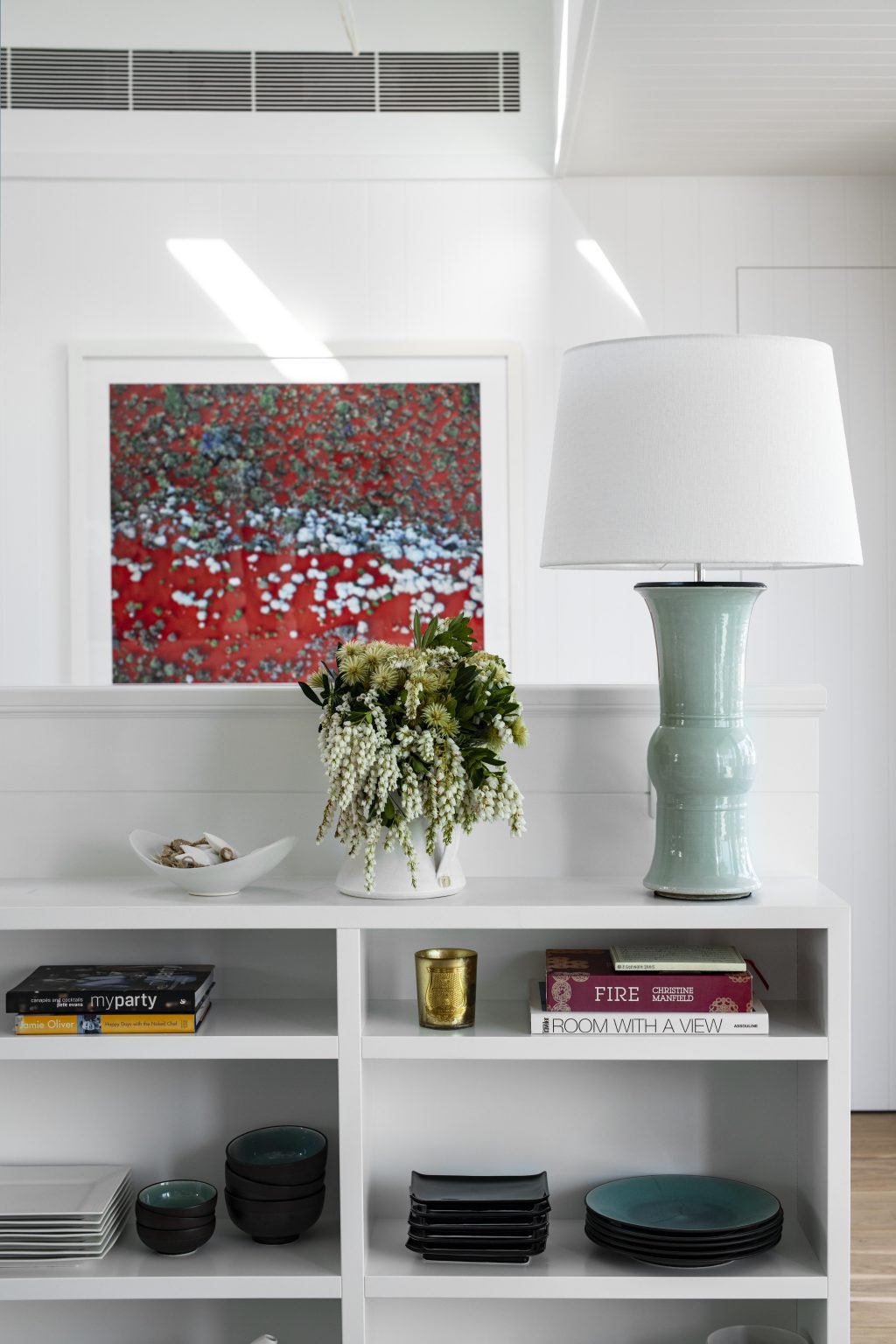 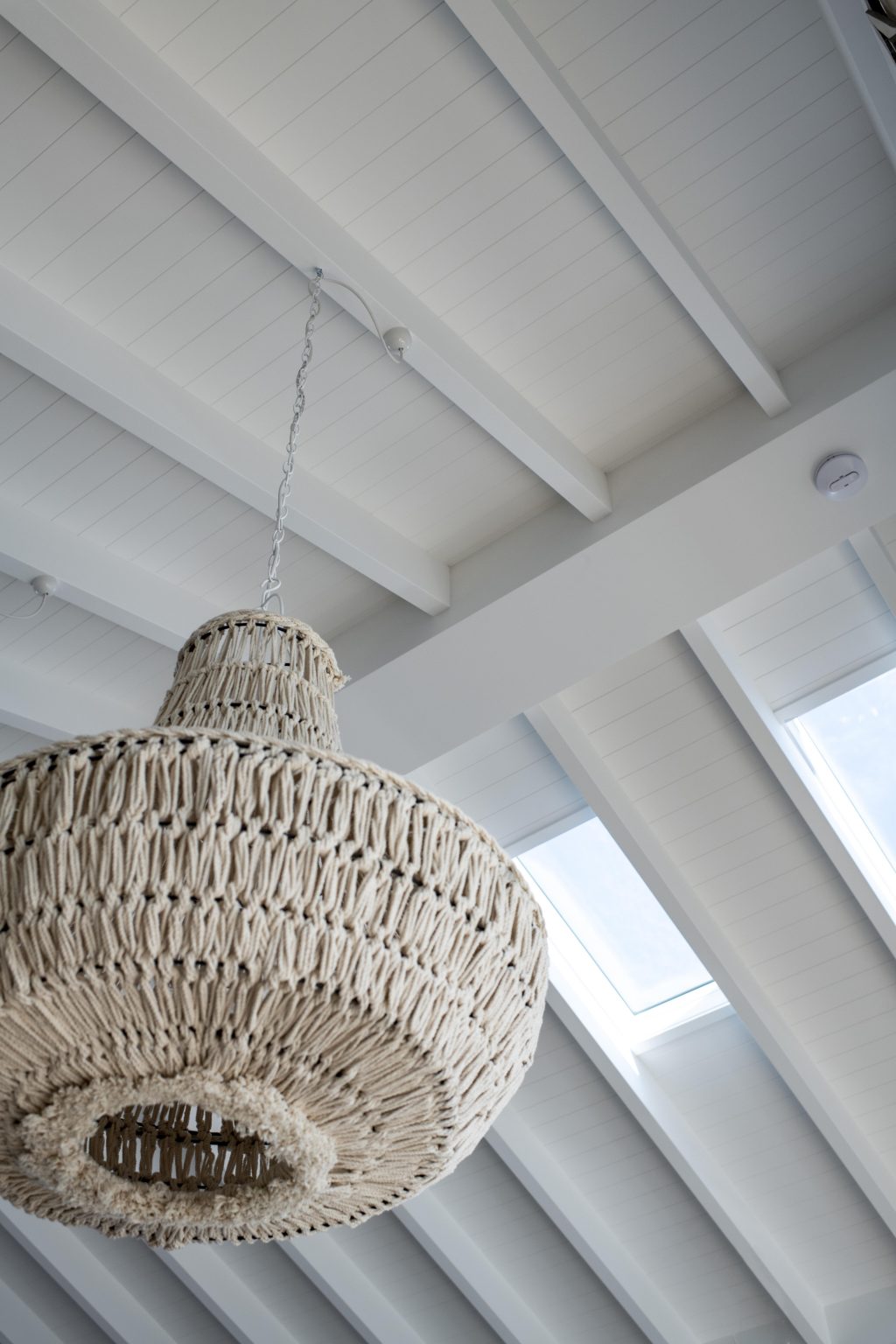 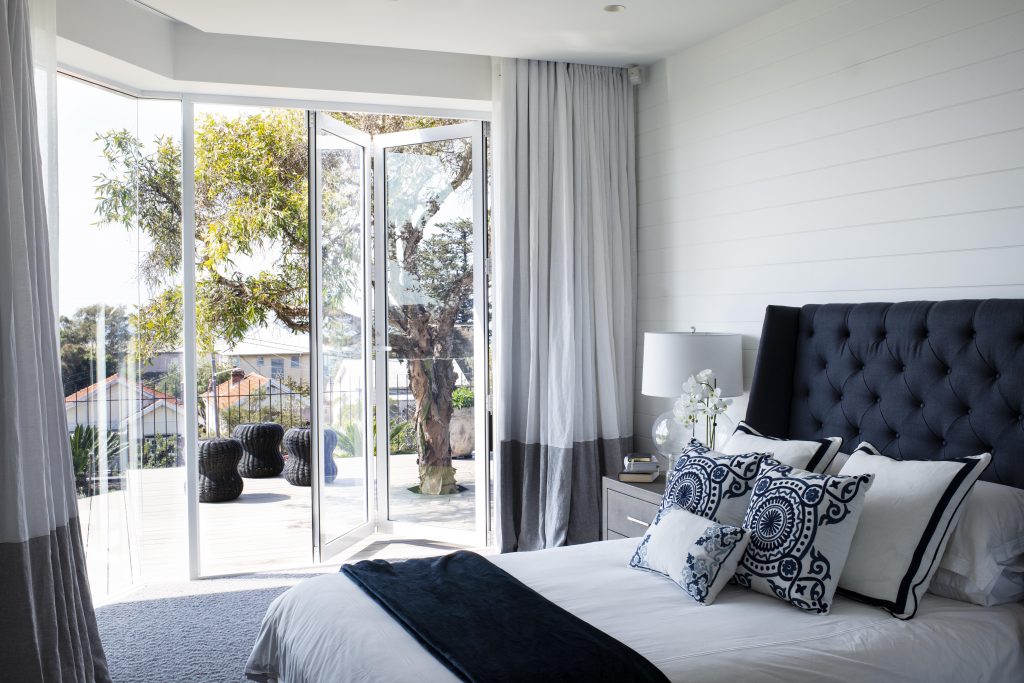 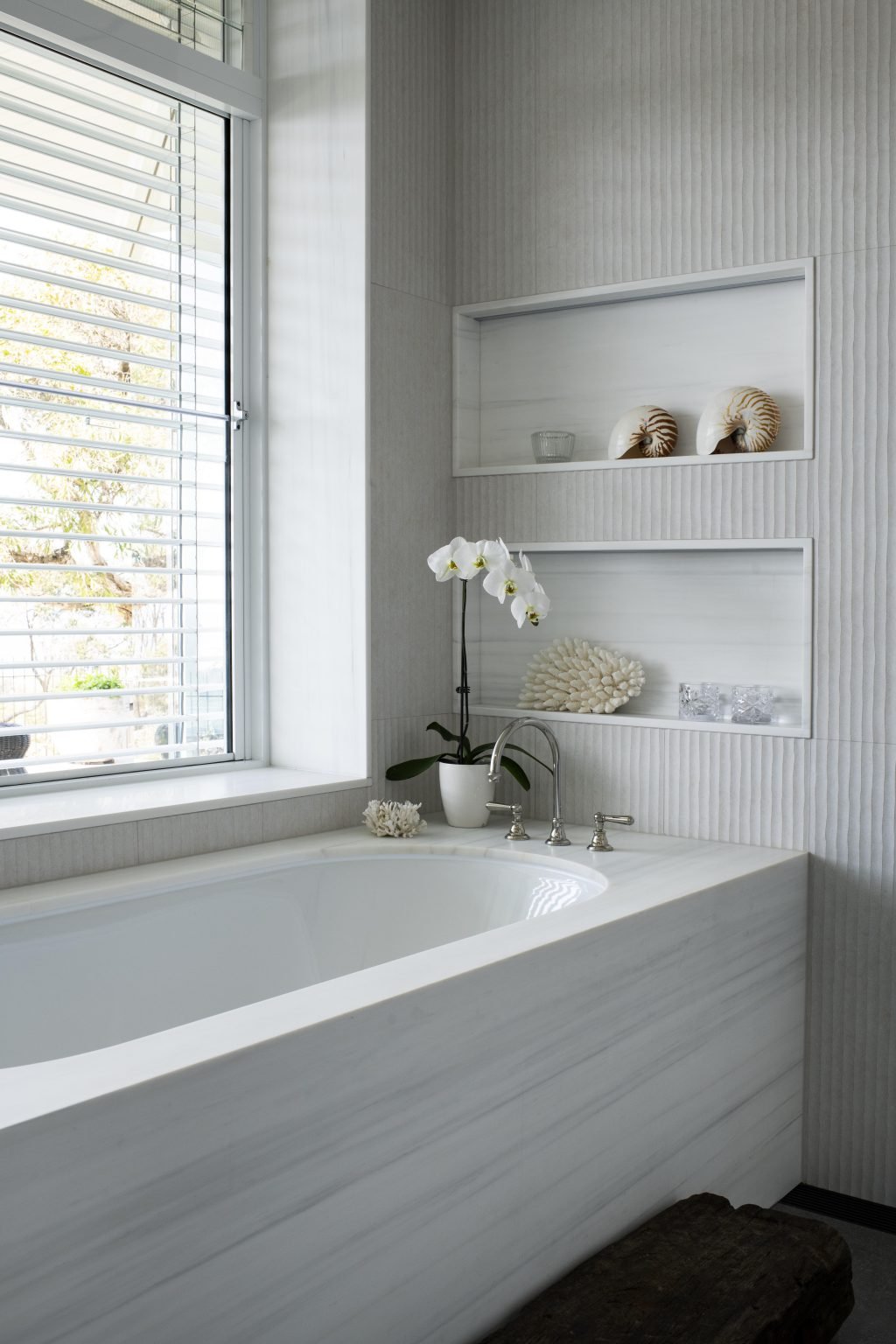 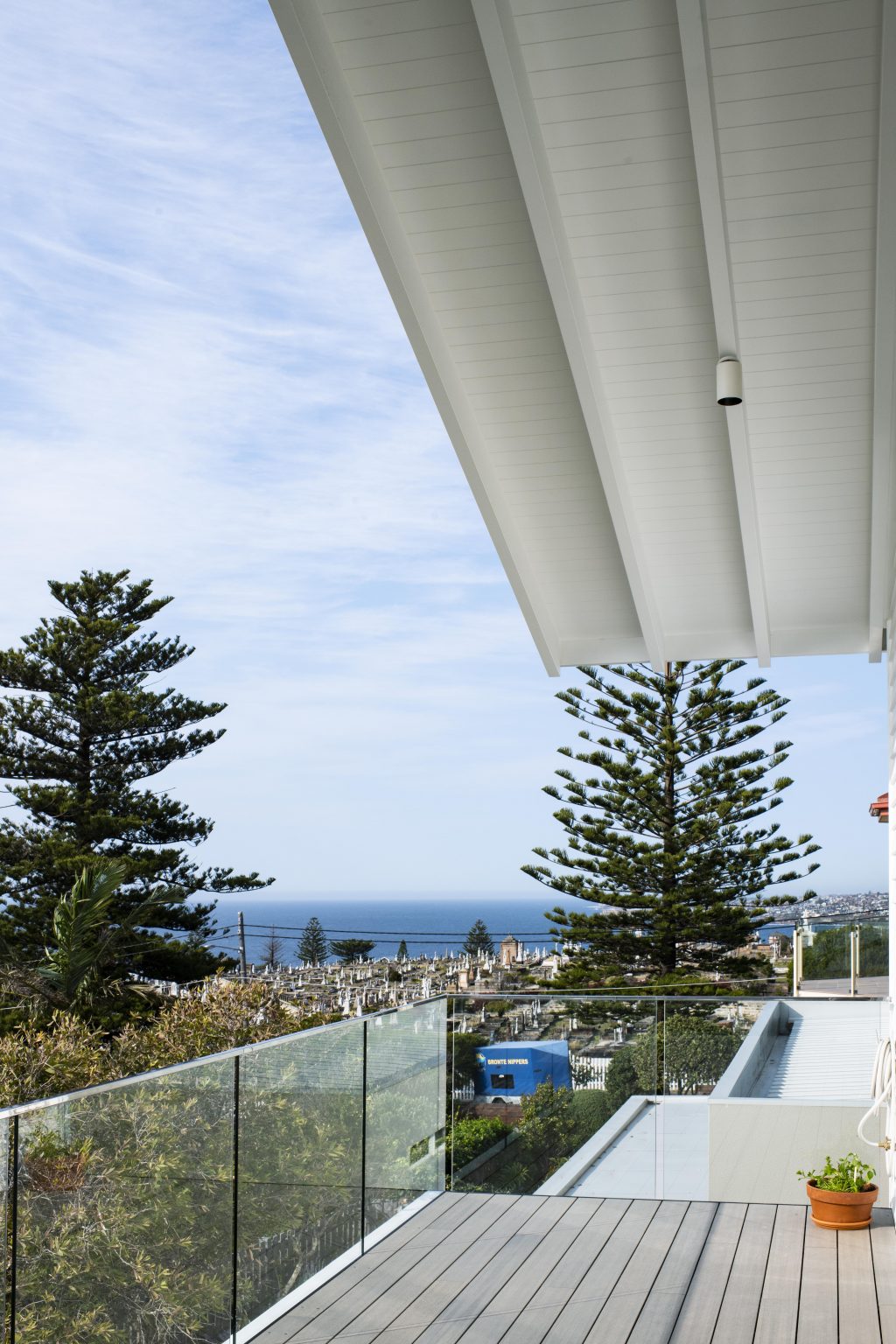