I’m really excited about the home I have to share on the blog today – not only because it belongs to one of my friends (disclaimer!) but because it’s an example of the magic that is created when clever, passionate people work together.

Known as ‘Two Halves House’, because of its composition being two pavilions of exactly the same size, the home sits into the hillside in Invermay, just outside of Ballarat.

The ‘upper’ pavilion houses the sleeping areas, while the ‘lower’ pavilion is home to an open plan living space. Everything has been considered, and respect to the fall of natural light and fire-resistance were key.

The material palette is minimal and raw from the outside, but warm and refined on the inside. Naturally fire-resistant Blackbutt is used for the exterior cladding and windows, and light-toned birch ply is used to line the interior walls and ceilings.

When I visited Sarah and her husband Sam to see the home, and after we had been on the grand tour, we ended up settled around the incredible black steel island bench in the kitchen. It really is a focal point, not only because of its scale, but also its colour. The black grounds the open plan space, where the entire walls and ceiling are clad in birch ply. The steel also softly bounces the light, just like the ply, accentuating the many angles at play.

The custom-designed steel and Paperock island bench reflects the angles of the split form, including a raked ceiling and skylight that encourages you to look up as well as out.

Two Halves House is fast being noticed for its progressive design, including picking up a Commendation Award in the 2017 Intergrain Timber Vision Awards under Residential Interiors.

The home is even on the program for the inaugural Open House Ballarat Weekend (an extension of Open House Melbourne) next Saturday 28th October (so go see it for your own eyes!).

Take a read of my chat with Two Halves House owner Sarah to find out more about the inspiration behind the design, her favourite suppliers and what it’s like living in a house split into two…

Where did the inspiration behind your home’s design come from?

We have been lovers of mid-century design and the atmosphere those homes had. They are calm, warm spaces that are very flexible, catering for a family gathering or just a couple living there equally easily.

In particular we read a book, The Forever Home, that focused on some of the classics of Australian Mid-Century design. It was amazing how forward thinking they still seem today.

Did much change from the original design – and if so what and why?

Mick presented us with a few initial concepts and there was one that drew us in far more than the others, which is what we went with. At this very early concept stage we added in a garage, rather than carport, and a study space at the end of the hall. From that point there has only been one change which occurred while we were having the engineering done for the roof. Mick saw there was a great opportunity for a vaulted ceiling in the living room so that it followed the outside roof. We are extremely glad we made this decision! As we had 18months of planning, where we picked out most of our fittings and fixtures, the atmosphere we wanted to create had been considered so there were no changes while building.

Tell us about some of the unique features of your home and how they came about?

The form of our house are two identical rectangles, separated by a linkway. The split levels are a response to the land, which falls across the site and has a south facing view.

We wanted a house that settled into the hill rather than sat atop it.

The shape meant minimal excavation, the separation of the rectangles enough to allow the north sun into each without one overshadowing another, and the repetition of size meant a familiarity across the site.

What are some of your favourite spaces that have been created?

There are so many! We are only just starting to know the house and each day and change of season is creating new favourites. Currently my top areas are:

Who were the key people behind bringing this home together?

Firstly our architects, Moloney Architects, a local Ballarat firm doing some incredible buildings. We were owner builders on this but did use local builders Larry Hahs and Daniel Forbes through Master Builder Denis Fitzpatrick.

It really is a house built by them as it is all timber, internal and external. Their level of craftsmanship is phenomenal.

And where did you source your furniture and homewares?

How does your home make you feel?

It feels like we are coming back to a holiday home when we come up the driveway. It is the warm and calm house we were after with a great connection to the landscape. It is a privilege to live here.

We’ve hosted lots of gatherings of family & friends already, including musicians. The living area has been so functional whatever the number of people, with the inbuilt seating working really well. We are really looking forward to hosting Christmas this year!

Without further ado, be inspired by Sarah and Sam’s incredible Invermay home… 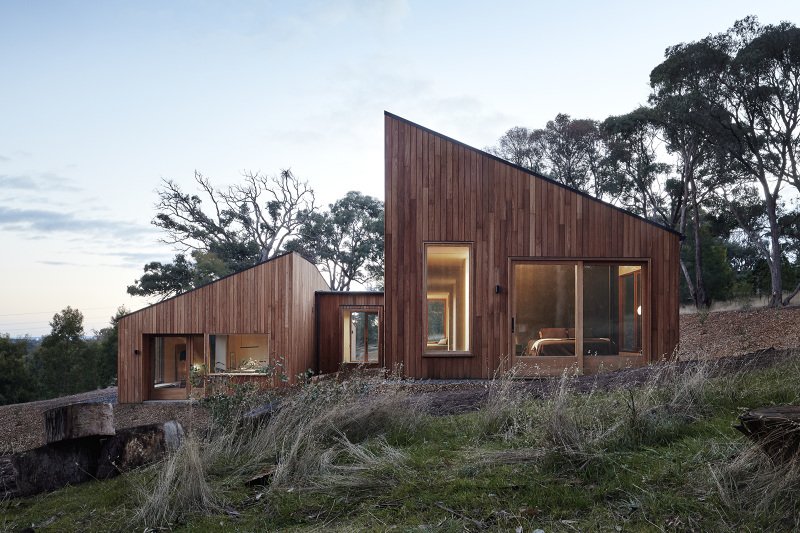 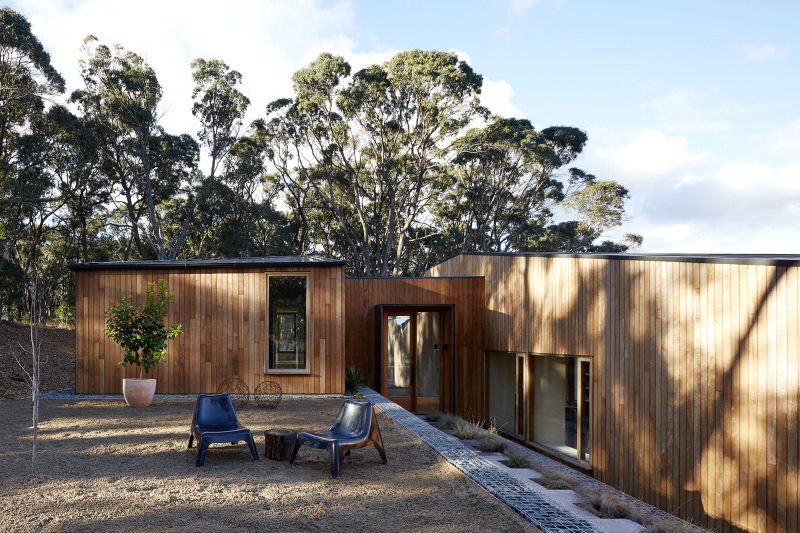 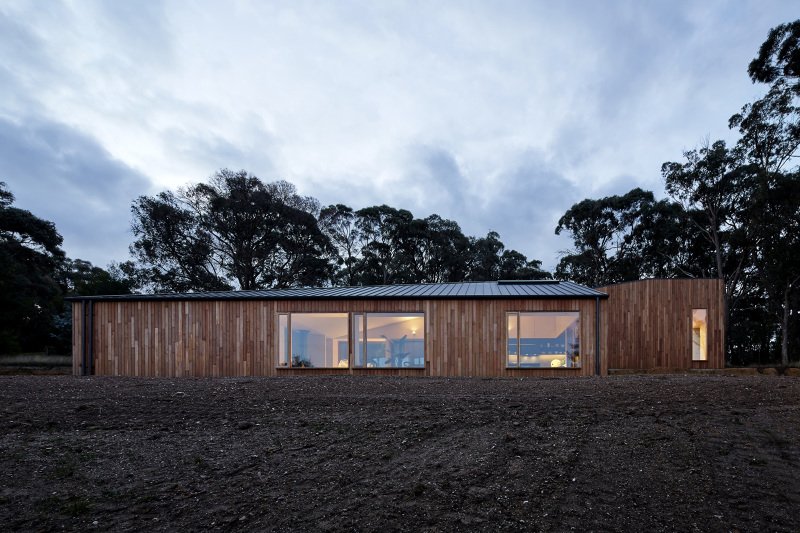 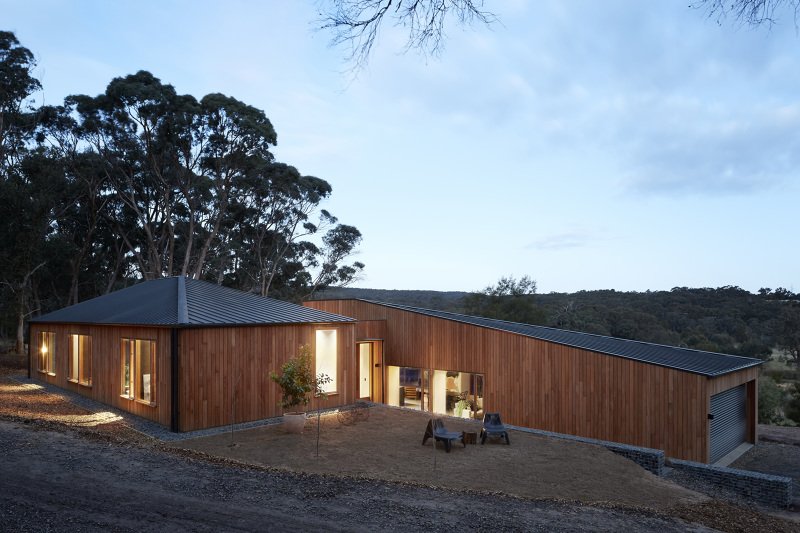 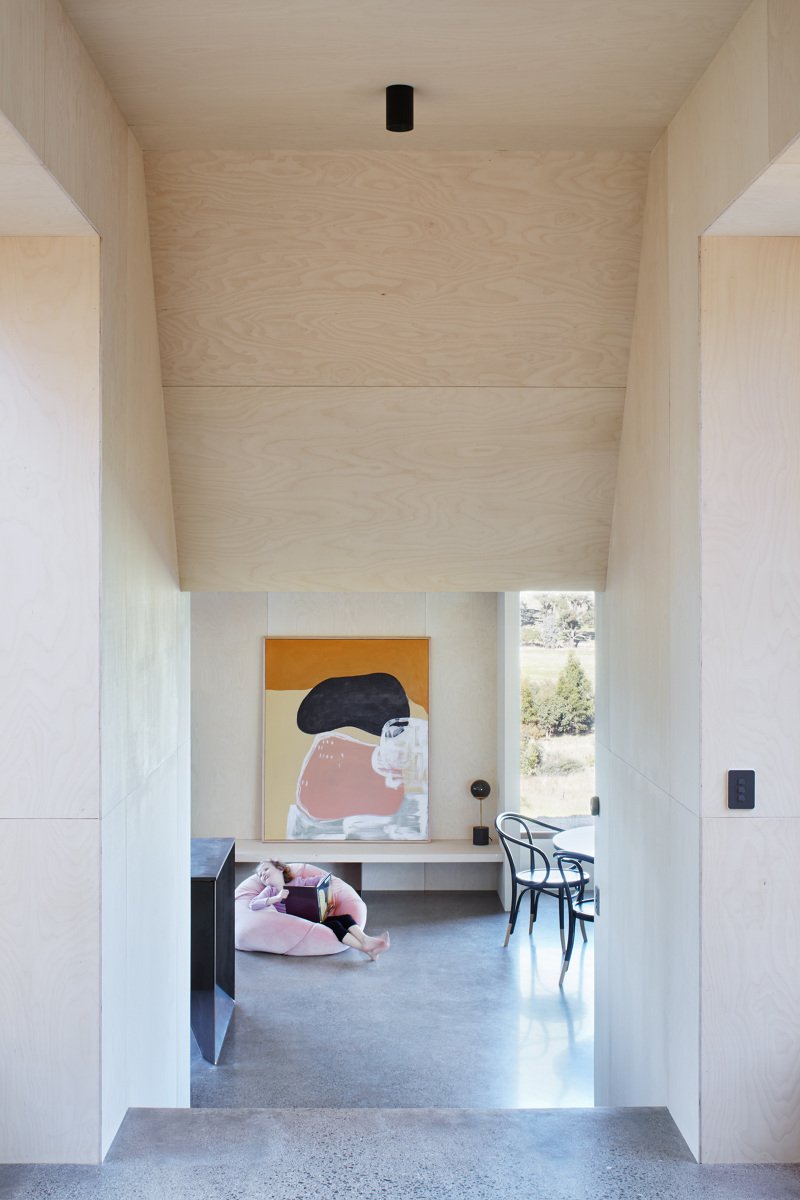 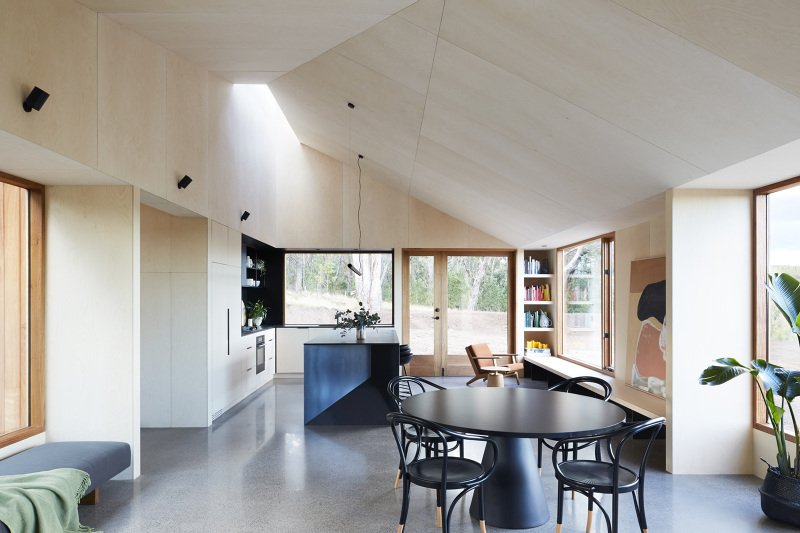 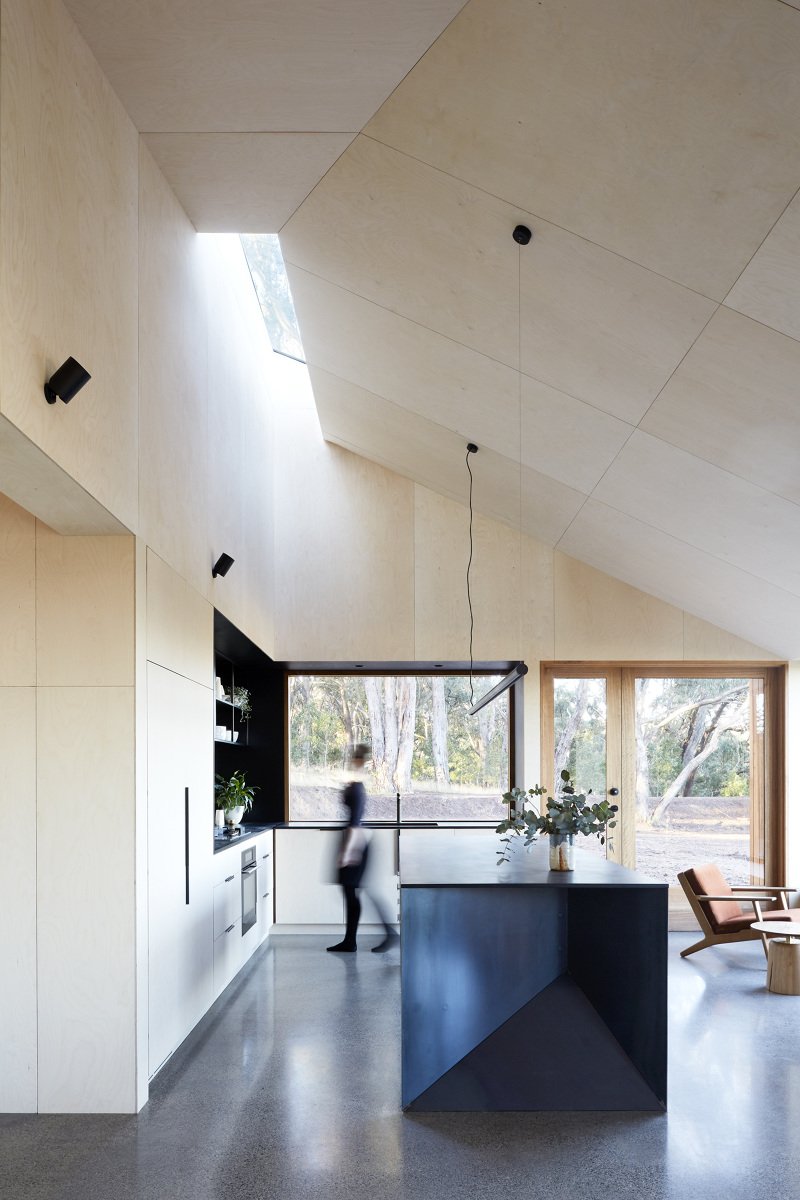 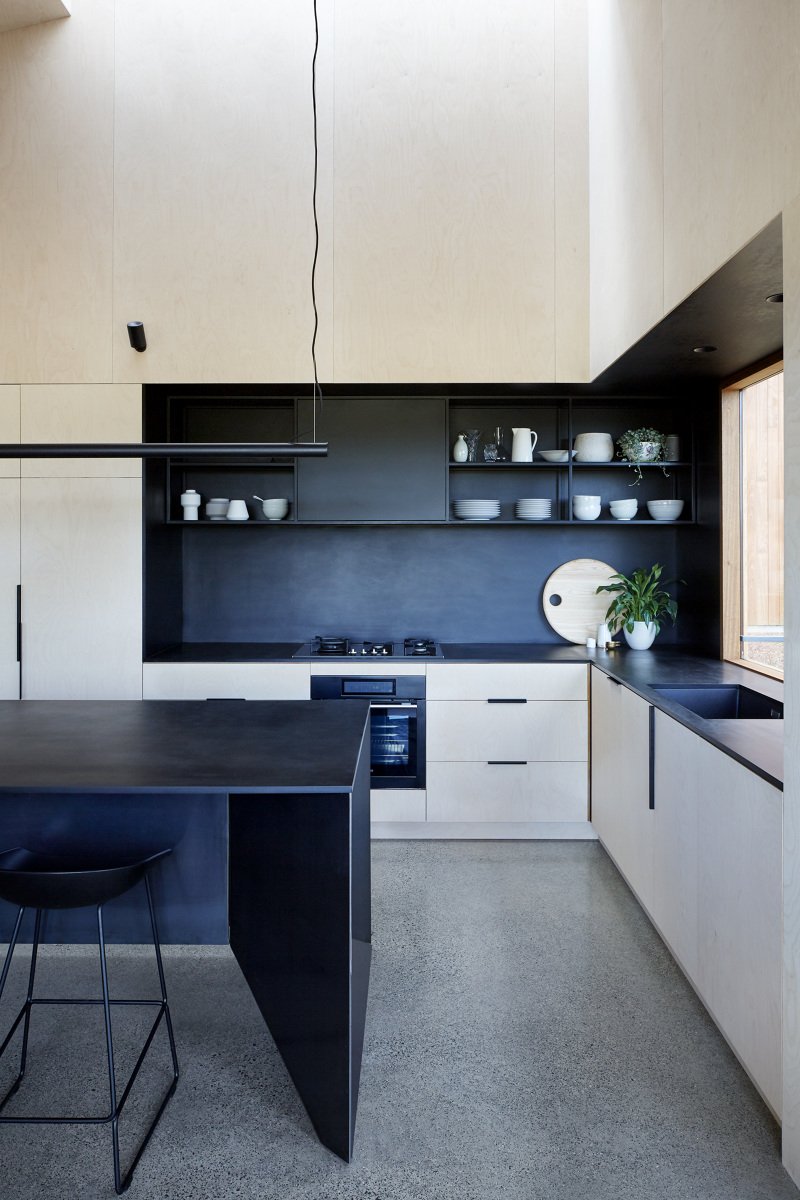 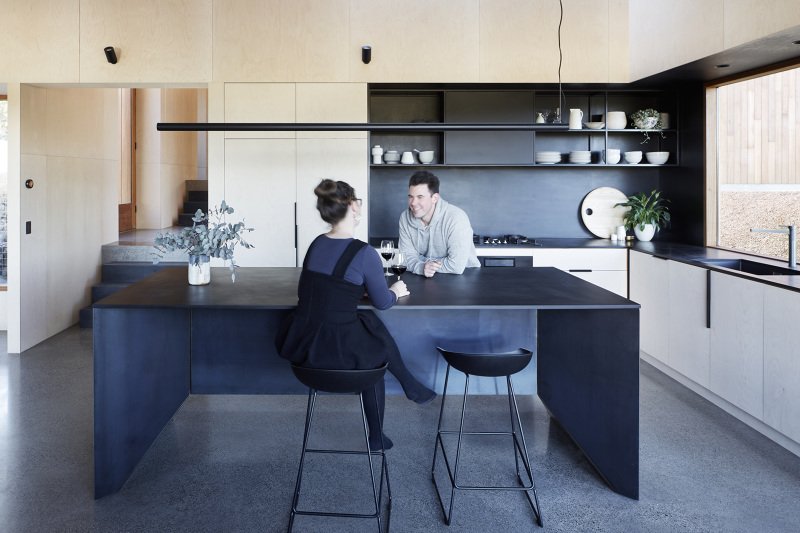 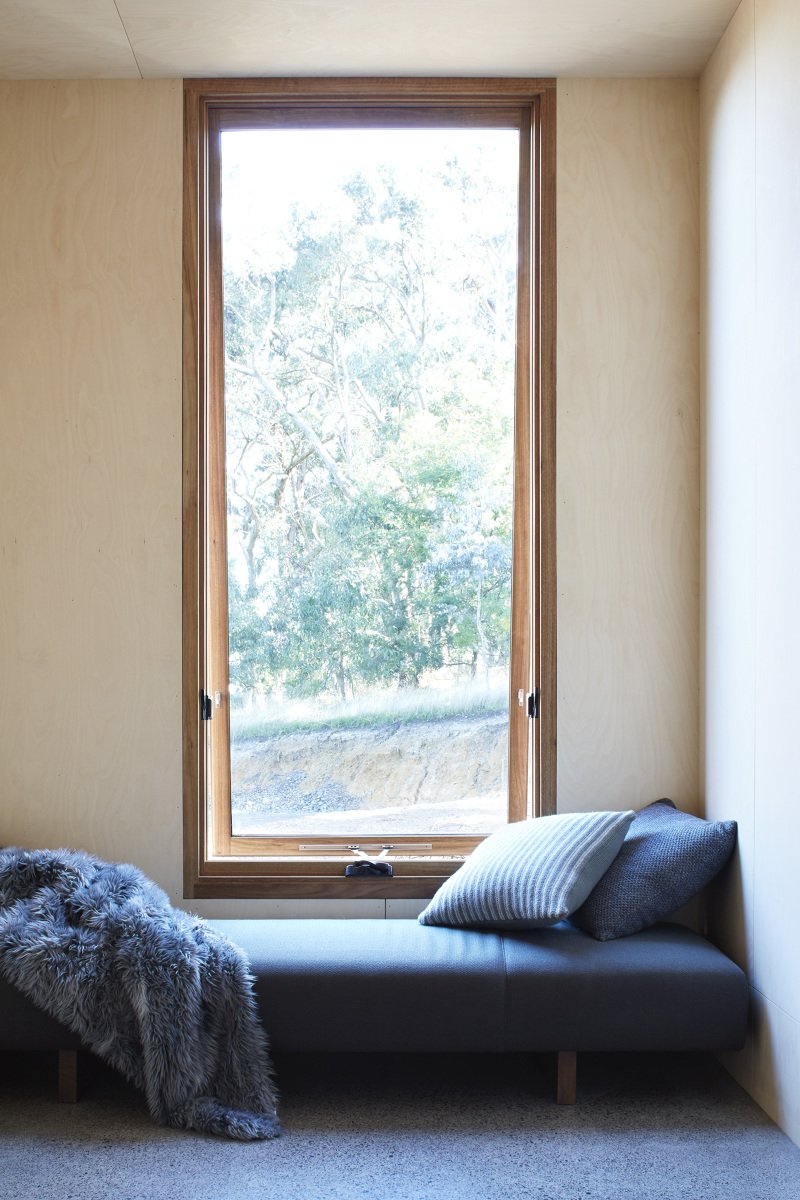 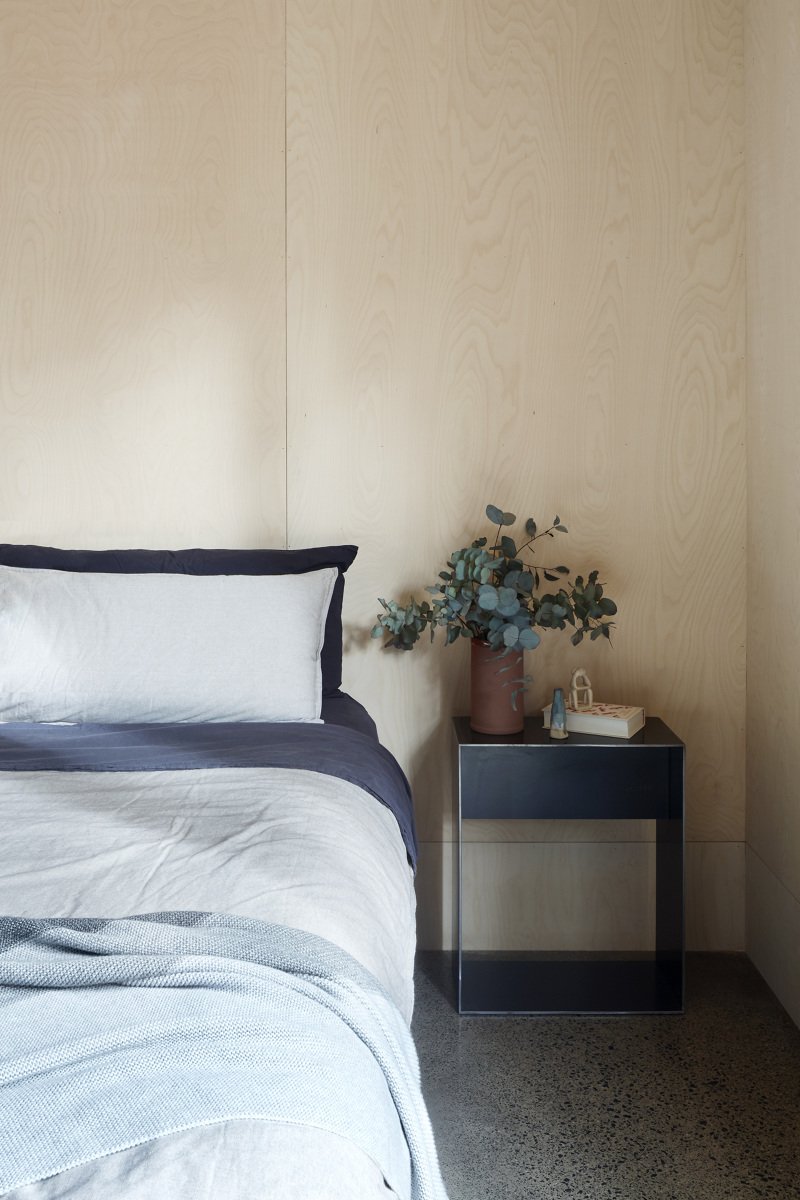 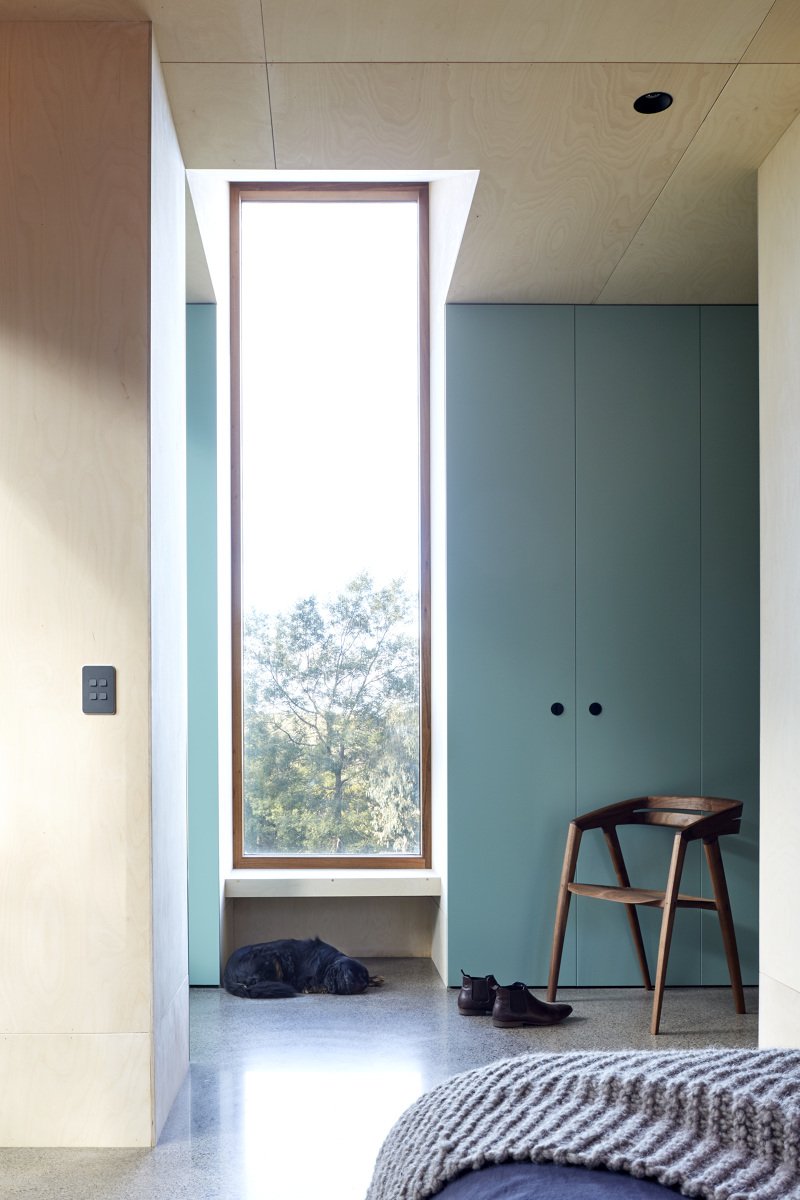 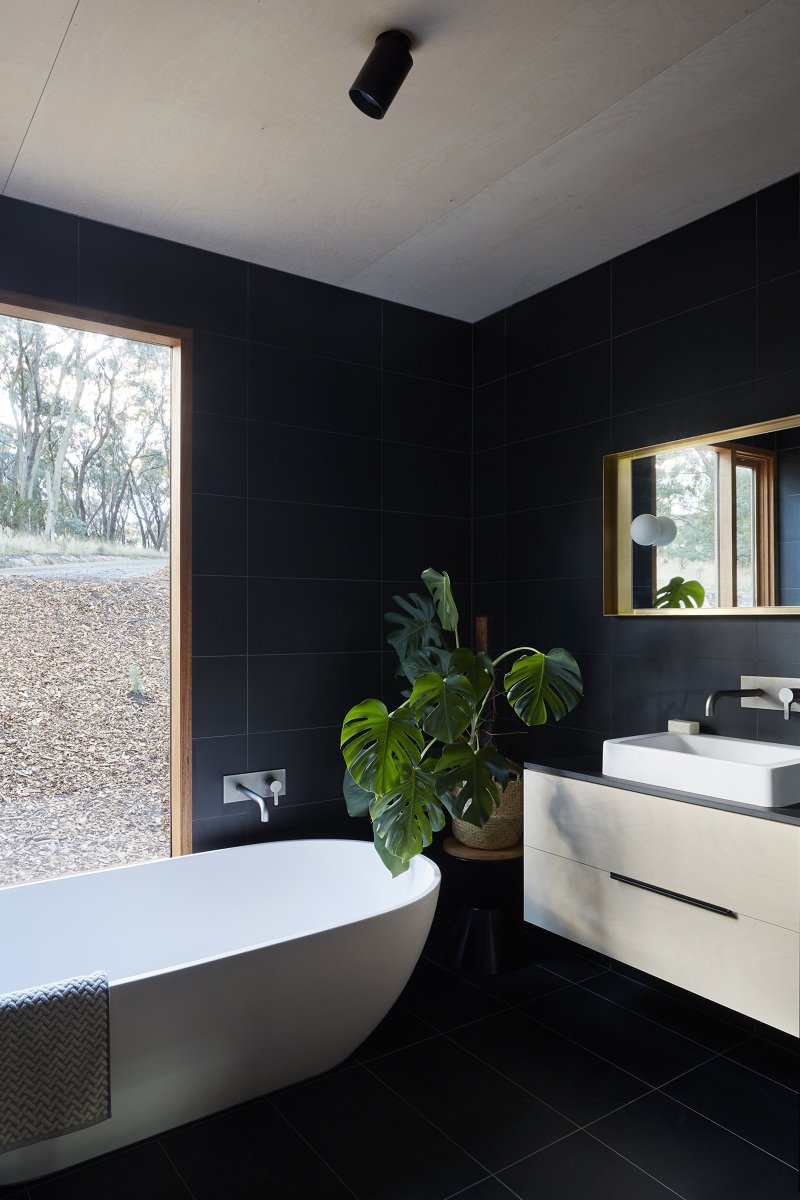